The Stock-Market Boom for Who? 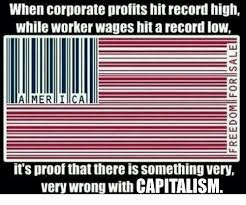 The pandemic is draining millions of workers of their retirement futures.

The all-time record highs that Wall Street has registered this week have given some Americans — the nation’s already rich — considerable cause for celebration. But tens of millions of Americans are paying precious little attention. The simple reason: They own no stocks at all. How much of America’s stock wealth does the bottom 50 percent hold? At the end of this past June, the most recent Federal Reserve data point available, the nation’s poorest half held less than 1 percent of the nation’s stock holdings, just 0.6 percent.

Last year found that 55.8 percent of households in the middle 20 percent of U.S. income-earners hold stocks. The median — most typical — value of these stocks for those average Americans who held them: just $15,000, down $1,000 from three years earlier.

On the other hand, for the America’s richest 1 percent  stock holdings make up over 40 percent of top 1 percent household wealth. These 1 percenters, overall, hold 52.4 percent of the nation’s stock, a share almost five times greater than all the stock that households in the bottom 90 percent hold.

Millions of other Americans who do own stocks don’t see any reason to celebrate either. They’re finding themselves forced, amid pandemic economic collapse, to start selling the stocks that make up the bulk of their retirement savings.

Increasing numbers of Americans start taking advantage of changes Congress made this past spring — via the Covid-19 relief legislation — that let economically reeling Americans under age 59 1/2 withdraw dollars out of their 401(k), IRA, and other retirement accounts without having to take the standard 10 percent early withdrawal penalty. The rules around 401(k)s and other retirement accounts have traditionally used penalty fees to discourage cashing out account holdings. In Covid-19 America, with withdrawal penalty fees now off the table for this calendar year, Americans have begun making those withdrawals anyway.

The Covid-19 calamity, notes Denver CPA Celeste Schimmenti, “has forced many Americans to exhaust their savings and emergency funds,” and that’s left them agonizing over whether they’ll need “to dip into retirement savings to cover current expenses.” But dipping into retirement accounts — selling the stocks in these funds — can have a devastating impact on future retirement security. Withdrawing $10,000 from a 401(k) today can cost a 35-year-old $100,000 by the time retirement comes around.

The number of Americans cashing out the stock they hold in their retirement accounts is rising as the income support for average Americans provided through the CARES Act expires. By the end of the year, the Employee Benefit Research Institute’s Lori Lucas estimates, 10 percent of Americans with 401(k)s could be raiding their retirement futures.

Overall, the Economic Policy Institute reported last year, “nearly half of working-age families have nothing saved in retirement accounts.”

Posted by ajohnstone at 9:25 pm