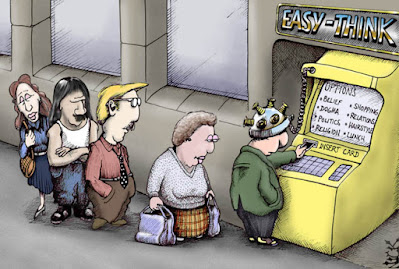 Has Covid 19,  led to an erosion of civil liberties. Or. should that be a further erosion of civil liberties?  Where’s the baseline. Situation Report: Full lockdown in force until December 2nd. Allegedly. Some government ministers have said that this lockdown will end on December second. Others are saying it could be at least Spring 2021 before its lifted. This article doesn’t seek to deny that measures suited to dealing with a pandemic weren’t necessary but is concerned the draconian steps which have been implemented globally and which are doing possibly irreversible damage to the civil liberties which capitalism permits its wage slaves to have.

Is it an exaggeration to ask whether we are at one minute to midnight where a boot will be stamping on a human face for ever? Will there be no love, no laughter, no art, no literature, no science, no curiosity, no enjoyment, no pleasure?

Definition of Lockdown. A protocol followed in an emergency that involves confining people in a secure place such as the confinement of prison inmates in cells after a disturbance, or the locking of students and teachers in classrooms after a violent attack. A facility, such as a prison where people considered to be dangerous are locked inside living quarters or otherwise confined. freedictionary.com

This lockdown will cost the economy one point eight billion pounds a day says a story in the MailOnline of November 2nd. That’s on top of all the money that's  already been borrowed. Billionaires and corporations are smirking and going “I’m alright Jack!”  There will come a point when government support of the economy will become simply unfeasible. Being a worker in that situation, as opposed to living in a socialist society dealing with a pandemic, will be more than uncomfortable. How many will do the intelligent thing and start educating themselves about the capitalist system and the  only sensible alternative?

The 1689 Bill of Rights has Cruel and unusual punishment in common law describing punishment that is considered unacceptable due to the suffering, pain, or humiliation it inflicts on the person subjected to the sanction. It can include punishments that are not generally accepted in society. Similar words are to be found in the United States Eighth Amendment to its Constitution. Also the Universal Declaration of Human Rights,  European Convention on Human Rights and more. The Marshall Islands Bill of Rights prohibits "cruel and unusual punishment", defined as: the death penalty; torture; "inhuman and degrading treatment"; and "excessive fines or deprivations" Wikipedia.

Jonathan Philip Chadwick Sumption, Lord Sumption, is a former senior judge who sat on the Supreme Court between 2012 and 2018. He gave the Cambridge Freshfields Annual Law Lecture on 27 October “Government by decree: Covid-19 and the Constitution.” https://www.privatelaw.law.cam.ac.uk/press/events/2020/10/cambridge-freshfields-annual-law-lecture-2020

“On 26 August the government introduced by decree an offence of “being involved” in a gathering exceeding thirty people, and empowered any policeman in the land to issue a fixed penalty notice of £10,000. This sum, enough to ruin most people, was far in excess of any fine that would be imposed by a court for such an offence.. it has been used to suppress protests against the government’s coronavirus policies. On 30 August, the police served a £10,000 fixed penalty notice on Mr Piers Corbyn for addressing a rally against masks in Trafalgar Square. The regulations contain an exception for political protest, provided that the organisers have agreed a risk assessment and taken reasonable steps ensure safety.””

Lionel Shriver is an American novelist. In the Spectator, October 17. She expressed her anger at the state sanctioned brutality being used against citizens for not “obeying” the edicts coming down from clueless governments

Examples can be found from across the globe of the heavy handed approach by the agents of the State.

“In Australia this summer, a young pregnant mother was arrested and handcuffed in front of her children merely for supporting a socially distanced lockdown protest on Facebook, while police confiscated all her household’s laptops and mobile phones. In another infamous YouTube video, an Australian officer clutches a slight young woman viciously around the throat, slams her to the ground, cuffs her hands behind her back and then calls in a clatter of reinforcements — all because she isn’t wearing a face mask. After 2020, ‘liberal’ democracy will never be the same. It’s been summarily demonstrated that civil liberties aren’t worth the paper constitutions are printed on. Rights may be rescinded with no warning and without even the fig leaf of parliamentary approval...”

“On 26 September the police broke up a demonstration against the government’s measures, whose organisers had agreed a risk assessment and had taken reasonable steps. The police claim to have done this because some of the demonstrators had not acted in accordance with the arrangements made by the organisers. They cleared the square using batons with considerable violence, injuring some 20 people who were guilty of nothing other than attending an apparently lawful protest.”  Jonathan Philip Chadwick Sumption

“The true function of the police is not to be nice to people (in fact, they are actually paid to be suspicious of us all). They exist to protect private property rights — which means to protect the privileged position of the ruling class of capitalism. Which means, further, to perpetuate the inferior, unprivileged position of the working-class. The fact that policemen are themselves workers makes no difference to this. The capitalist class have to get workers to do their dirty work for them. — workers are not only exploited in the interests of their parasitic masters but are also persuaded to tighten their bonds ever tighter about themselves.”Running Commentary” Socialist Standard September 1979

A zeitgeist snapshot of life in the New Normal taken from the Main Stream Media.

Police ARREST qualified nurse, 73, trying to take her 97-year-old dementia-hit mother from care home after nine months to be looked after by her family - and put pensioner in patrol car to be sent back. November 4

Priti Patel orders police to get tough on Covid rule-breakers: Home Secretary ramps up enforcement saying those who 'flout the law' must not be allowed to 'endanger the majority' Priti Patel told police chiefs they must 'strengthen enforcement' of Covid rules. November 4

With the exactness of Bobby Fischer  inexorably taking control of the chess board Lionel Shriver articulates the powers the State has abrogated to itself (The Spectator. October 17th.)

“We’ve allowed the state to dictate when our businesses close and whether they may open at all. We’ve acceded to national house arrest. We've abdicated the right to travel abroad without submitting to punishing self-incarceration, and we’re currently surrendering the right to travel to different regions of our own country. We’ve empowered the police to issue summonses for picnicking in parks or sitting on a bench. We’ve sat idly by while fines for organising a protest against this very oppression rise to a crippling, potentially life-destroying £10,000. We’ve granted government the right to regulate whether we can see our parents, whom we may invite into our homes, and how physically close we may approach another human being outside our household,.... .We walk out of our own front doors only at the government’s sufferance. “

Posted by ajohnstone at 3:27 pm