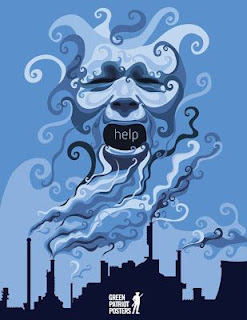 Governments across Europe are failing to protect their citizens from toxic air pollution, with most Europeans still breathing filthy air. Pollutants from farming, domestic heating and vehicles are beyond the levels needed to ensure breathable air within World Health Organization guidelines, despite EU legislation, government pledges and years of campaigning. Exposure to such pollution caused about 417,000 premature deaths across Europe – including non-EU member states – in 2018.

Only Ireland, Iceland, Finland and Estonia showed levels of fine particulate matter – one of the most dangerous forms of air pollution – that were below the WHO guidelines in 2018. Six member states – Italy, Poland, Romania, Bulgaria, Croatia and the Czech Republic – breached the EU’s limits for fine particulate matter, called PM2.5, in 2018. The EU limits are less stringent than WHO guidelines. There were 54,000 premature deaths from nitrogen dioxide (NO2) in 2018 in the EU-28, which includes the UK, which was then still a member of the EU. Ground-level ozone caused about 19,000 premature deaths in the EU-28 that year.

Green campaigners said governments must act urgently. Margherita Tolotto, the senior policy officer at the European Environmental Bureau, which represents campaigning groups across the EU, said: “How many wake-up calls do government officials need to take on air pollution? Their delay is costing us our health and a safe environment. They know what needs to be done to improve air quality: cleaner energy and industrial production, greener and smarter transport, and sustainable farming.”

Governments had failed to meet EU targets, the EEA said. Under EU rules, every member state should have submitted a plan for bringing air pollution within health limits in 2018. However, Italy’s plan is still at draft stage, while Greece, Luxembourg and Romania have yet to submit any plan.