The Late W.A. (Bill Pritchard) was recently featured in the news recently. The Vancouver Sun reminded its readers of the 1933 election campaign between the various conservative parties and the left-wing Cooperative Commonwealth Party. Pritchard had departed the Socialist Party of Canada at the time and was standing in the election for the CCF, bringing with him his reputation as socialist and someone who had been jailed for his involvement in the 1919 Winnipeg General Strike. The Right latched on to that fact in attempt to smear the CCF as radical revolutionaries.

A future Vancouver mayor Gerry McGeer charged if the CCF won, “it means revolution...and we would lose all our personal freedom.”

Pritchard laughed at the scare tactics used by the traditional parties, such as the “presumption that the CCF intended to teach absolute socialism” in schools.

“Can you imagine anything more ridiculous than an attempt to cram down the throats of children three volumes of Karl Marx?” he said. “Not six men in the whole of the Dominion have read them.”

Pritchard later returned to the Socialist Party of  Canada. 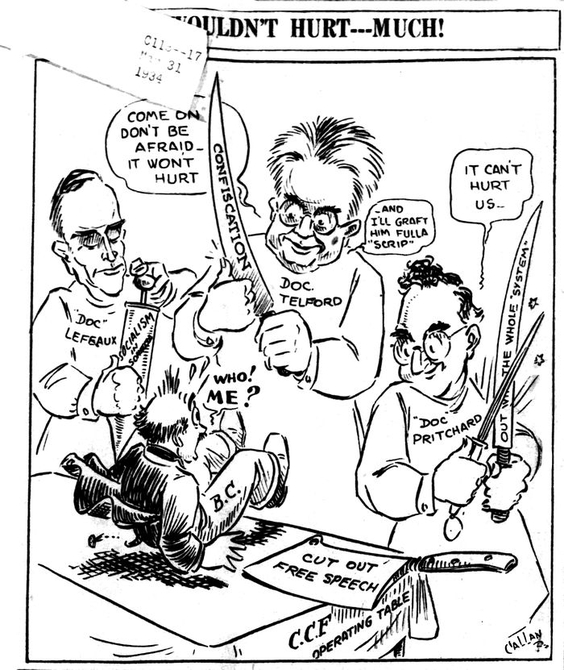