More than half a million Australians caught up in the nation's so-called "Robodebt" scandal, which ran from 2016 to 2019.

This welfare policy, later ruled to be illegal, forced some of the county's poorest to pay off debts, many of which never existed in the first place. The government sent letters, often repeatedly, to citizens demanding they refund the "overpayments".

For those that could afford it, they withdrew savings or started repayment plans to pay off what was often thousands of dollars. For others, the financial shock came at the worst point in their lives.

Robodebt was just another policy vilifying the poor and vulnerable, this time through the use of technology, said social policy professor Ruth Phillips from the University of Sydney.

Robodebt, officially known as the Online Compliance Intervention scheme, was introduced in 2015 by the conservative government, with the aim of saving A$1.7bn.

At the time, Minister for Human Services Alan Tudge said people were cheating the welfare system. "We'll find you, we'll track you down, you will have to pay those debts and you may end up in prison," he said.

Critics said the system was "a kind of criminalisation of those on welfare", part of a wider attempt by Australia's conservative government, prior to the pandemic, to slash the welfare net. The government was also criticised for upping requirements making it harder to receive a payment, controlling how recipients spend their money, and for proposals such as mandatory drug-testing of jobseekers.

It was part of a global trend of governments using tech to tighten their welfare systems. In India, the poor have to scan their fingerprints for food stamps. In the US, some states use a similar computer which trawls through decades of data to reclaim payments.

Robodebt replaced a previous system where bureaucrats had hand-checked records before contacting recipients. In Australia's means-based welfare system, people who receive a benefit typically have to report their income every two weeks. Robodebt matched those submissions with tax office data to find discrepancies. Within the first year of its use, it found 10 times more instances of "cheating". However, the vast majority of these cases were people who had done nothing wrong. Rather, the algorithm had relied on flawed maths: averaging the fortnightly income of a recipient. But this simply did not work for people whose pay slips differed from week to week, like students working irregular shifts. It was these people who were now accused of owing debt - and the onus was on them to prove that they had done nothing wrong.

"It's all about the idea that we're surveilling you, and making sure you don't get overpaid your due," Ruth Phillips told the BBC. "It's a terrible contradiction to the purpose of the welfare state in Australia, which is actually to ensure that people have sufficient resources to survive in what is really a very wealthy country."

In late 2016, people began reporting complaints to their local MPs and media, leading to wider scrutiny. There have been ombudsman reports, legal analysis, court challenges and two parliamentary inquiries which heard from families who said Robodebt was a factor in their loved ones' deaths. Throughout it all, the government staunchly defended the programme's legality. Then in November last year the Federal Court of Australia ruled it was illegal. Six months later, affected recipients were told by the government they were part of a court case suing the state - believed to be the largest class action in Australia. Days later the government abolished Robodebt, and announced it would refund more than A$721m of paid debts to everyone who had paid up.

The class action was settled on Monday, with the government agreeing to pay A$1.2bn. This sum includes A$112m in compensation, and dropping A$379m in fake debts challenged by people. But the government has refused to admitted liability as part of case's settlement. And many are still calling for proper accountability. The government imposed a system - that was not only illegal - but targeted the most vulnerable and poor, and caused widescale suffering and hardship.

"There was no empathy in this scheme, this was just about the dollar for them." 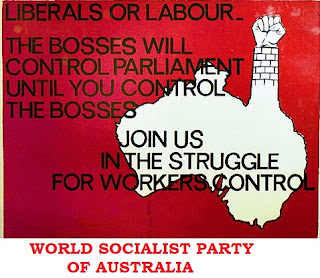