The battle of the demagogues 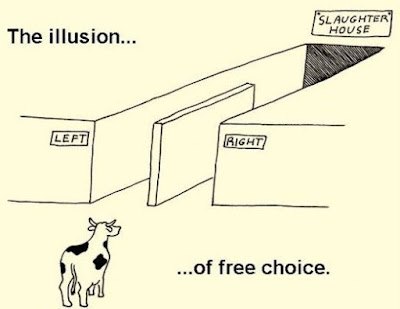 For the next few weeks working people will be flattered and cajoled. Our passions and prejudices will be stimulated. We will be lured with glittering promises and persuaded with specious arguments. No lie or deception will be left unsaid that can possibly swing a vote. It is a time of vast social discontent. It is a time of unrest and seeking. The people are edger to listen, ripe for answers.

There is a forlorn hope that there exists a path to pull  the Democratic Party to the left and somehow that is through the voting for Biden. In fact, the left is in its classic hopeless position of supporting a corporate centrist. The only difference between Republicans and Democrats on climate change is that the Republicans don’t believe it’s real, so we shouldn’t do anything about it. The Democrats believe it’s real, but we shouldn’t do anything about it.  Workers must break with the discredited Democratic Party and admit that it can no longer be regarded as the lesser of two evils.

Political theater is nothing new. Presidential candidates are masters at it. They play  ping-pong back and forth between pandering to the right then to the left. The election fight this year could be called the Battle of the Demagogues. The Democrats are committed to capitalism, defending capitalism continually. How can you expect this party to come to your aid in your daily struggles? The Democratic Party survives because it rests on the apathy and indifference of its voters. The Republican Party is the political machine of Wall Street. The Democratic Party is not a bit better. Like the Republicans, the Democrats stand for capitalism. But powerful as it is, government intervention is not omnipotent. It is one thing to prop up temporarily this or that, it is another matter to long sustain all the economic activity. They cannot avert the inevitable downward plunge.

Liberal phonies always use glittering generalities. Only Biden repeats them more often, more vaguely and more shamelessly. This windy demagogy is the foundation of his reputation as the “people’s champion.” Fortunately, we are not forced to judge him by words alone. Biden had ample opportunity to demonstrate in deeds his self-proclaimed affinity with the American people He was once the “Crown Prince” to “King” Obama. In all those years he did little to benefit for the workers, the African American or poor farmers. It is a matter, of public record, if not of public knowledge. A brief look at the Wallace record is enough to show that you can’t properly judge a man by what he says when he is running for office. He surrounded himself with a retinue of conservative big businessmen and was the representative of business in government. He championed consistently but one program the capitalist exploitation of labor for profit. How much reliance can you place in a man who kept his mouth shut in time of war.

Working people should engage on the political arena with its own independent socialist party and, its own socialist presidential candidate and not help confuse the field with another splinter capitalist party like the Green Party. Such third parties cannot solve a single one of the burning problems before us today. A socialist party alone can effectively stem the influence coming from Big Business promoted by the bi-partisan duo-poly in Washington. Both want to preserve the status quo.

Shall we continue to play the politics of the “lesser evil”? How do we propose to free the American workers from subjection to the two old political machines of Wall Street?

In opposition to all these capitalist politicians and their stooges, the World Socialist Party of the United States stands for an end to the anarchy of capitalism with its pandemics and poverty. The WSPUS stands for the modern socialist system of running industry. Socialism alone can guarantee enduring peace and plenty. It replaces the profit system and thereby eliminates the basic cause of wars, racism and political reaction. End the rule of the piratical cliques of capitalists who run industry for greedy personal ends. Put order into the planning in of our industrial system. Join the struggle for peace and security by building socialism. The present agony and protracted crises of humanity stems from the working class delaying too long in overthrowing this outlived capitalist order. Capitalism cannot bring harmonious development, cannot feed, clothe or shelter the people.