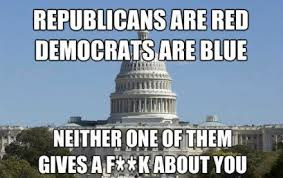 It is presidential voting time again in the US. A substantial minority have opted out of this process. If history runs consistent up to 40% of America’s eligible voters will automatically (without even thinking about it) stay away from the polls. Voting appears not to be part of their culture and they obviously do not think the results touch them in a personal way. They feel their vote is meaningless, and they see the candidates as irredeemable liars not to be taken seriously. The behavior of this minority is not in doubt. There is another group of eligible voters. These are people who are regular voters, but are now so put off by their usual party candidate that they refuse to support him. They will either not vote at all or cast a vote for a minor third party.

The level of disappointment with Joe Biden among progressives is very apparent. So what to do? Seek out the third party, perhaps the Greens and vote for it or follow the apathetic example and boycott the polls altogether? People are just tired, tired and disgusted. They don’t seem to believe anyone or anything any more. The trustful population of a sleeping nation is starting to realize that their trust is being put into the wrong hands. What’s so sad about this situation is that people don’t want to wake up. They would rather close their eyes and dream on. But people have had so much taken from them in the last few decades, remaining asleep is no longer an option. The people have lost their homes, their jobs, their savings and much of their freedoms.

What can they do about it? Who can they vote for to put everything back together? The answer that the people are starting to figure out is that there is no one. Everything is controlled and manipulated by the very same people that created the problems. Corporations now run the nation. They serve their shareholders and no one else. They provide funds for every major political campaign in the United States. The answer people are now getting to their question of who to go to is that the only person that can help them change the reality of their daily lives is the one asking the question. The answer, the person to trust, the one who can right these wrongs society faces is themselves.

This is the beginning of revolution. The people have gone to the well once too often. The well is dry. A revolution starts with an awareness that things have gotten out of hand. No one revolts when everything is just great. Revolutions start when people find themselves with their backs against a wall. Revolutions start when there are no answers. Revolutions start when people lose hope. Many have no intention of accommodating corporate power whether it hides behind the mask of Donald Trump or Joe Biden. How many more times do we want to be lied to by politicians? What is this penchant for self-delusion that makes us unable to see that we are being sold into bondage? Why do we trust those who do not deserve our trust? Why are we repeatedly seduced? How many more lies?. To be elected, politicians need to tell complete lies with a straight face. Either that, or they must be clowns (Trump) or puppets (Biden).

Join the World Socialist Party in a refusal to vote for evil, either of the lesser or the greater sort. This is the only way we can avoid a repeat performance with Biden.

Americans have repeatedly been sold a myth  by which white working people have been told that they are the real bulwark of America and people of color are lazy bums who refuse to work hard and earn the rewards of the American Dream. Trump and the Republicans are selling the lie that their true class allies are the people above them and their true class enemies are the people below them – people of color, so-called “illegal” immigrants and anyone on the ever-growing lists of scapegoats. The trickle-down concept that throwing money at the rich in hopes that some of it will trickle down to the rest of us has managed to maintain its support among a large number of people even though it's been shown over and over again not to work. The pro-Trump Fox network is an openly and unashamedly propaganda operation designed to convince the American people that laissez-faire capitalism is the only workable and moral economic system and that all government regulation of the economy and all social-welfare programs take money away from the "true producers” and give it to the intellectually, physically and morally unworthy and that the problems facing the white American working class are the fault of those below them, not those above.