For a United Federation of the World 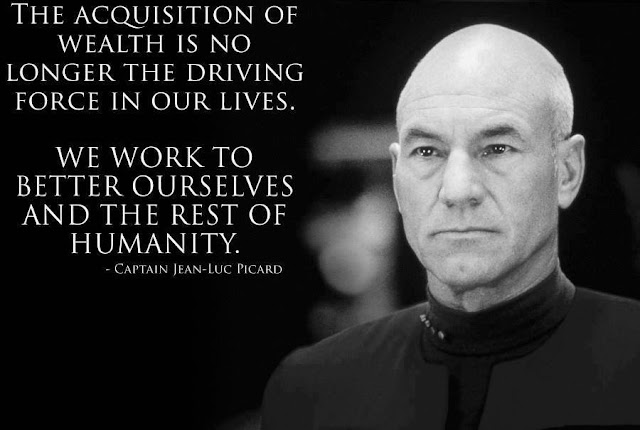 “Always vote for principle, though you may vote alone, and you may cherish the sweetest reflection that your vote is never lost.” - John Quincy Adams

Biden thinks the profit system is just fine. Biden stands for capitalism. He is the latest in a very long line of the “friends of the people” and the media gobble all his promises and platitudes up as their daily fare. When he is elected ask for whose benefit will he serve? The World Socialist Party confidently predicts it will be for the benefit of his economic masters at the expense of the working people.

Both Biden and Trump have competed in disparaging Medicare for All and the Green New Deal. The two-party establishment criticize third parties are spoilers yet there has been little for the third parties to spoil.

Instead of focusing our anger on the personality of one particular leader, we should always remember that capitalism provides an endless supply of leaders. Many come and go. What we must do is replace the capitalist system and install genuine democracy. As long as we place our democratic power into a single day, a single vote, we’re not going to get anywhere.

Both the Democratic and Republican parties refuse to accept that capitalism is causing the problems which afflict us today. Both subscribe to pro-capitalist ideas that are destructive to both America and the rest of the world. The liberals, the progressives and the left remain incapable or uninterested in identifying and confronting why the right-wing populism of Trump had arisen. Subsequently, they have only one mission that matters to them and it is Trump’s removal and replacement. Get Trump out, and all will be well with the world. Yet all the root causes for Trump’s support, the disillusionment with the political swamp, the cynicism of the media, the skepticism of science remains unaddressed, and will only re-surface again at some future occasion. And the inevitable failure of Biden’s policies to solve the ingrained problems of capitalism will only lead to the reinforcement of their prejudices and partisanship. The politicians promise all things to all people, like the quack medicine-man who will cure everything from toothache to cancer with a bottle of snake-oil. They organize in any and all ways to lure the vast majority into their ranks that will bring them nearer the throne of power. Every worker must be able to smell a rat a mile away. Workers must defend their own basic interests against a common enemy. On the political field an independent class-conscious socialist party is imperative. Workers must win the political power away from the politicians of both parties who are the lackeys of the capitalist class.

America is not Trump, Biden or the small minority of capitalists (financiers, industrialists, CEOs), who rule this country. The millions of workers who made this country have far more right to the title, American, than the small minority of blood-sucking profiteers. Americans cannot and must not accommodate themselves to the evils of American capitalism, neither greater nor lesser.

We are entering into a new era, a world where no country is more than a few hours away from an American airport, a world where the fate of one nation is inextricably intertwined with the fate of all, as we see with the current COVID-19 pandemic. National states, the political form under which a young capitalism imposed upon the structure of feudalism, have become a most terrible obstacle to mankind, an overpowering burden with all the national armies; the passports, visas and work cards. No rational organization of economic and human resources as a whole is even conceivable under such circumstances. And immeasurable human energies are squandered daily. Under the conditions of modern science, new technology and global communications, the national state everywhere paralyzes the progress of mankind.

The world is at a stage when men and women all the world over are looking for a way out of the hell which capitalist society has plunged us into. The World Socialist Party goes further than any other political party and calls for One World, a planetary cooperative commonwealth.

If ever the working people were called upon to unite in solidarity against the class enemy that time is now. Upon this hinges the issue of life and death of civilization itself. March together to the polls with revolutionary ballots in your hands. No compromise! No lesser evil. Freedom or wage-slavery? Which shall it be?

Arouse ye sons and daughters of toil and rally to the red banner of your class.

Posted by ajohnstone at 7:14 pm