The Failure to End Poverty in New Zealand

"Where I come from there's no kindness happening," says Agnes Magele, a Pacifica-origin single mother of three who lives in South Auckland, the poorest area in New Zealand's biggest city. Ms Magele also says she doesn't feel like she's part of the "team of five million"- a phrase coined by New Zealand Prime Minister Ardern when referring to the population of New Zealand. "Is it kind when people don't have enough money to buy basic essentials, such as food, for their children? Is it kind when parents have to skip meals so their kids have a bigger portion?" she asks.

Ms Magele and her family have struggled for years. She lost her job and is now on the job seeker benefits of 250 New Zealand dollars (£127; $164) a week. She says that doesn't even cover half her rent. Like many families in her area, Ms Magele gets by on food grants. She says sometimes families go without meals for days while they wait for government assistance. This has happened to her and her children repeatedly, she says. "I've had to reach out to family and friends for a little bit of help but it's hard because they're also in the same predicament as me. It's like asking the poor to help the poor," she says.

Critics say Jacinda Ardern's government has failed to tackle child poverty; one of her key promises when she came to power in 2017.

An annual report card released by the United Nations Children's Fund (Unicef) in early September, compared the performances of 41 high-income countries on child welfare issues; from suicide rates to childhood obesity, education and environment. New Zealand is at the bottom third in 35th place.

The government doesn't fare much better even by its own statistics. The latest data has shown only small changes.

In its annual report on nine different measures for child poverty, material hardship is one of the most prominent measures which includes not eating fresh fruit and vegetables, putting off a visit to the doctor, or not being able to pay bills on time.

For June 2018 to June 2019 there was no significant change to the percentage of children living in material hardship, compared to the previous year. The figure remains at about 13% - that's 151,700 or one in eight of New Zealand's Poverty is remarkably high in Maori and Pacifica households, with nearly 1 in 4 (23.3%) of Maori children and nearly 1 in 3 (28.6%) of Pacific children living in material hardship.

Ms Maidaborn adds that the white experience in New Zealand, which is predominantly much more financially stable, is taken as the mainstream when actually it's very different from many other parts of the population. She says that in her poor neighbourhood of Otara in South Auckland with a large Maori and Pacifica population, many people have been forced into homelessness because their income or benefits don't cover their rent. She said the combination of low benefits and high rent has made it impossible for thousands of families, like hers, to make ends meet.

The government's response to Covid-19did little to alleviate the pressure on poor families, said Ms Maidaborn.

"The subsidies at the welfare level have been quite focused on business. What we may have done is entrench the inequality between people who are already struggling and people who have wealth or assets but in terms of cash flow now are struggling.".

Auckland Action Against Poverty says that another indicator of how bad things have become is the increase in demand for food parcels. They add that three years ago, 100,000 food grants were handed out by Work and Income (New Zealand's welfare system) in the three months of winter. Right now that number is up to at least 500,000. A fivefold increase in a period of three years. And that was even before Covid-19 hit.

"New Zealand has now approached a tipping point when it comes to housing," says Brad Olsen, a senior economist with Infometrics, an economics analysis think tank. Mr Olson said the housing crisis adds to the complexity of poverty in New Zealand.

Mr Olsen says that the number of people trying to get into government funded housing went from 4,000 between 2014-2016 to 20,000 in the years that followed. "That highlights how precarious and under how much pressure these families are," he explains. He adds that it's not only a lack of houses but the fact that those which already exist are substandard. "A lot of the time the housing quality is poor. That reinforces some of the issues with poverty. People with healthcare (problems) not able to stay warm and dry or feed the kids because they're trying to put more money into heating or to take the children to the doctor."

Mr Olsen points out that the problem of poverty has been going on for years and will take a long time to solve. He thinks it hasn't been tackled with enough urgency. 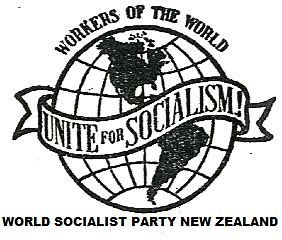