Trump has no cure and Biden is no panacea 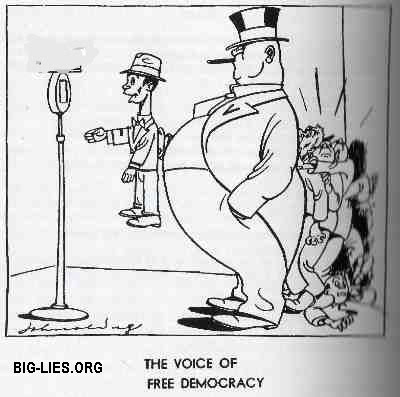 Do you own the wealth which you produce? No, you do not. Instead you hand it over to parasitical class. You are the fundamental power of society, and yet you don’t know it. You imagine that you are free, while in fact you are enslaved. You are dependent on your employer for a job. The bosses who own the means of production own your very life. The two parties, the Democratic and Republican parties, have brought the country to the verge of ruin but you still vote for them.

The Republicans and Democrats will, as usual, use the media to whip you into line. Needless to say, the worker has no choice between these two capitalist parties, that  are both pledged to the same system and that whether the one or the other succeeds, he or she will still remain a wage-slave. The working class must get rid of the whole brood of masters and exploiters, and put themselves in possession and control of the means of production. It is therefore a question not of “reform,” the mask of fraud, but of revolution. The capitalist system must be overthrown, class-rule abolished and wage-slavery supplanted by the cooperative industry. We hear it frequently urged that the Democratic party is the “poor man’s party,” “the friend of labor.” There is but one way to relieve poverty and to free labor, and that is by making common property of the means of production.

Is the Democratic Party, which we are assured by those sympathizers of Sanders has “strong socialistic tendencies,” in favor of socialized ownership? Is it opposed to the wage-system, with its endless flood the poverty, misery and wretchedness. The difference between the Republican and Democratic parties involve no issue, no principle in which the working class have very much interest. Between these parties socialists have no choice, no preference. They are one in their opposition to socialism, that is to say, the emancipation of the working class from wage-slavery, and every worker who has intelligence enough to understand class interest and the nature of the struggle in which it is involved, will once and for all time sever our relations with them both.

Several Republican former senators and congressmen have endorsed Biden for president, saying that he is better qualified than Trump to run the country. There is also a large number of intelligence and foreign policy advisers, many who have worked for Republican presidents, also endorsed Biden. Colin Powell is such a person. Former ambassador, John Negroponte, is another one who endorsed Biden. It was Negroponte who funnelled covert funds from the CIA to the Contra rebels in Nicaragua; he was ambassador to the United Nations as the U.S.A. sought to go to war with lies about Iraqi WMD and then ambassador to Iraq during the U.S. occupation of that country. He was the director of national intelligence during Bush torture program. Nobody has ever accused Negroponte of being a progressive yet he is happy to publicly endorsed Biden. Why?

There is absolutely no difference between the Republican and the Democratic parties so far as the working class is concerned. They are exactly alike. They are both committed to the capitalist system. They are both committed to wage slavery, and whether the one or the other wins, you always lose. Your condition remains the same. You have tried these two capitalist parties over and over again, with the same inevitable result. The politicians who used you to vote to perpetuate the system in which you are slaves have no respect for you. They treat you with contempt. And you say “Oh, I have grown wise this year, I am going over to the Democratic Party, over to Biden and Harris.” No matter which of these parties is in power, workers remain in a state of slavery and their lives will be broken. If now and then there is one who escapes it is simply the exception which serves to prove the rule.