By their fruits ye shall know them. 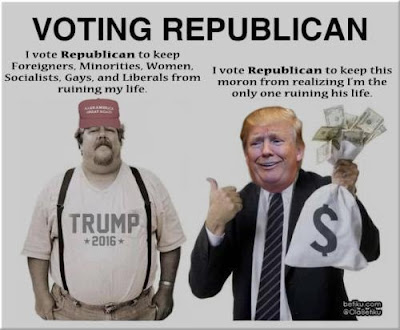 Biden is like all politicians. His campaign is constructed on the fuehrer principle. Biden loftily invites his supporters to send him suggestions and proposals – but they have no voice in making decisions, shaping policies, selecting officials and naming his cabinet. That is why they will reject all one-man leader organizations and build on the tested foundations of democracy and control from the grass-roots.

The Democratic Party today is like a ship in a storm that has already sprung one bad leak, is on the verge of springing others and never wilt be the same, even if it should succeed in reaching port. This capitalist party has suffered from internal dissension, conflicts and crises because it has appealed to and won the support of diverse and even antagonistic groups. What keeps the Democratic ship afloat? It’s true that the party machine bosses still command but it mostly only due to the devotion and donations of Big Business, a gang which is  just as responsible for the existence of the Republican Party. The real duty of all workers is not to prop up the Democratic Party , but to to launch an independent socialist party which could emerge at once as a major movement on the American political scene.

Listening to the speeches, messages, resolutions, and platform promises pouring out of the various campaign headquarters nowadays, you might get the impression that nothing is too good for the African American people and other minorities. In that case, you will be surprised when all the shouting is finished and the votes are counted, to find the minorities in pretty much the same position as before. To win equality it is necessary for African-Americans and all the other minorities to change not only the laws, but the whole system.

When they talk about defense of the “national interest” they are not talking about democratic practices, which they violate a thousand times each day. They are talking about defense of the capitalist system – of profits to be coined out of the exploitation of labor. What they want to defend is the “American way of life” that enables them to suck these profits out of the toll of the working people. Racial discrimination and oppression are basic parts of that “way of life” because they divide the workers and thus make it easier for them to be exploited. What the workers need to defend and extend are their democratic rights. To do that they must unite, regardless of color, and fight relentlessly against the reactionary defenders of exploitation and oppression. Politics will have real meaning for the working people only after they have taken it out of the grip of the capitalist enemies of democracy.

One reason why Biden will get a big vote in November is that he is telling the people a considerable number of truths and half-truths about Trump. These are the things a worried people want to hear, the things they know to be true. But it is not enough, therefore, to point an accusing finger at the greedy and evil man who is running the government today.  His individual avarice and lust for power are important factors in the situation, but not the decisive ones.  In the first place, Trump is not acting on his own; they are the representatives and administrators of their class, the capitalist class in his administration. Without the consent of sections of the ruling class, Trump would never dare embark on such a dangerous adventures. America’s problems are not merely some quirk in an individual. The simplistic answer, Get rid of the bad man, put in a good man. and then we won’t have no more to worry about will not bring about any real fundamental solutions to what ails us. There is no need here to enter into the question of Biden’s sincerity. History has taught us to be on guard against capitalist reformism. The reason is that you cannot end misery and anxiety without ending its cause, capitalism. As long as the influence of Biden and the Democrats is able to dissuade the people from replacing capitalism with a socialist system, just so long will the suffering of working people persist. .

Nothing embarrasses the American capitalists so much as the truth about their own revolutionary past. How the present rulers hate to be reminded that the United States was born and grew great as the result of a revolution (and a civil war). How they squirm at the memory that our own ancestors were revolutionaries in a “subversive” movement. The reasons is not hard to find. When American Big Business is reaching out for domination of the world and using all its resources to preserve an outworn and oppressive social system, it is naturally not interested in extolling American revolutions for independence and the establishment of new social systems. That independence struggle was labelled seditious, disloyal and subversive by the forces of “law and order” – and so it was from the viewpoint of the British. American capitalism which came to power by revolution, can, like other outworn systems, only be replaced by the same process.

Those of us who are the most consistent fighters against the tyranny of Big Business willingly give credit to the revolutionary forerunners of the present ruling class for the struggles they led against tyranny in the past. For us, unlike the apologists of Big Business, the truth about the revolutionary past is not a source of embarrassment to be concealed but of enlightenment and inspiration, providing many rich lessons still applicable in the current struggles against oppression.

Previous revolutions resulted in the establishment of the rule of a new minority. The coming revolution will for the first time bring power to the representatives of the overwhelming majority of the population. This time around the goal of the revolution is nothing less than the abolition of capitalism and the establishment of a class-free society. Our revolution cannot be prevented by red scares and witch hunts.