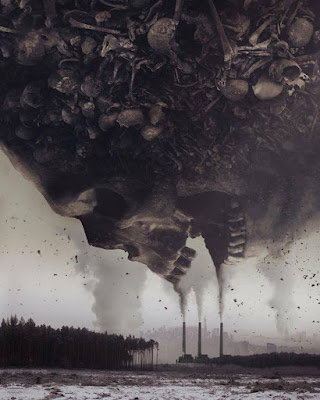 Air pollution last year caused the premature death of nearly half a million babies in their first month of life, with most of the infants being in the developing world.

Exposure to airborne pollutants is harmful also for babies in the womb. It can cause a premature birth or low birth weight. Both of these factors are associated with higher infant mortality. Medical experts have warned for years of the impacts of dirty air on older people and on those with health conditions, but are only beginning to understand the deadly toll on babies in the womb. Babies born with a low birth weight are more susceptible to childhood infections and pneumonia. The lungs of pre-term babies can also not be fully developed.

Nearly two-thirds of the 500,000 deaths of infants documented were associated with indoor air pollution, particularly arising from solid fuels such as charcoal, wood, and animal dung for cooking.

Beate Ritz, professor of epidemiology at UCLA, (University of California, Los Angeles), who was not involved with the study, said the indoor air pollution in cities across India, south-east Asia and Africa was comparable to that of Victorian London.

“This is not the air pollution we see in modern cities in the rich world but that which we had 150 years ago in London and other places, where there were coal fires indoors. Indoor air pollution has not been at the forefront for policymakers, but it should be,” Ritz said. She pointed out that the harm to children went beyond the deaths; reducing air pollution would also lessen harm to survivors. “There is also damage to the brain and other organs from this pollution, so just surviving is not enough – we need to reduce air pollution because of the impact on all these organs too,” she said.

The problem is now compounded by the population density of many developing cities and by outdoor air pollution from vehicles and industry. These factors mean there is now no escape from dirty air, from morning to night, for hundreds of millions of people.

The scientists said there had been little sign of improvement in air pollution over the past 10 years, despite increased warnings over the risks from dirty air in the past five years.

At least 6.7 million deaths globally in 2019 were from long-term exposure to air pollution, a factor raising the risk of stroke, heart attack, diabetes, lung cancer and other chronic lung diseases. Air pollution is now the fourth highest cause of death globally, just below smoking and poor diet.

Posted by ajohnstone at 4:44 am