Taking ‘Politics’ Out Of Politics 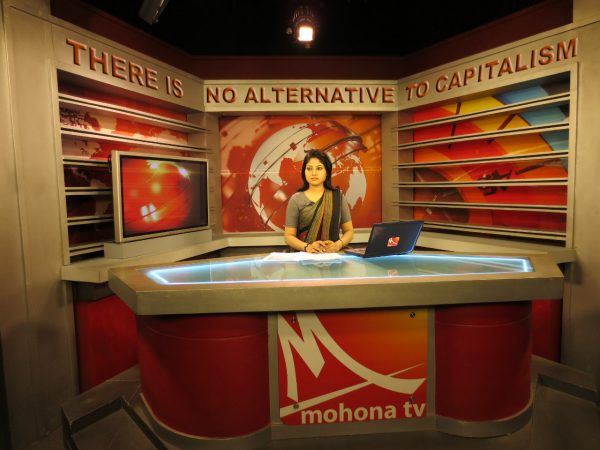 Trump is a product of an American democracy and electoral process that was ailing long before he was elected. Even if Biden wins the problems will not go away because they are more than about Trump. His policies have exacerbated problems but the root of them is deeper than his style of presidency and it will take more than a Biden victory to fix them.

America has one of the lowest voter turnout among comparable countries. Its election system has reduced democracy down to the influence of the few wealthy donors to spend unlimited money to buy elections. The 50-state patchwork of election rules and eligibility requirements has disenfranchised and discouraged millions from participating.

The Constitution ultimately allows state legislatures to pick the electors who pick the president. Americans are captive to a constitution that doesn’t even permit them to directly elect their president, the candidates of which are pre- selected in advance for us by those who donate to the parties. Who would work with the same technology and knowledge as those in 18th C? Wealth is the primary requirement for running for office and one must either possess a vast personal fortune or have access to another’s funds.

The media delivers the news and in a way which diverts the public from the real problems. Their stories appeal to the fear, paranoia, and conspiratorial insecurities of the public. They take every word Trump utters as an outright lie and at the same time as the literal truth.

Why bother voting when, after all, there is nothing or no one to vote for? Voting for a lesser evil candidate is a waste of time. It is a race to the bottom, run for the benefit of the billionaire beneficiaries of the capitalist system. You can’t spoil something that is already rotten. Voting for the lesser evil has brought everything that we were afraid of from economic recession to increased wars, to unemployment and loss of civil liberties. As long as no alternative to the capitalist parties exists, reformist alternatives will sap and disorient the radicalism of the working people.

It is “high time,” wrote Debs while still in prison, “that allegiance to parties who make laws for the protection of capitalists and the subjugation of labor” should be abandoned. Decades later this declaration is still true. The future of the American workers is not bound up with the Democratic party. Its future, if it is to mean a movement forward, is bound up with a declaration of independence from the parties of American capitalism. Its future can be safeguarded only if it takes the road marked out by Eugene Debs all those years ago, by all class-conscious workers before and since. Its future lies in the formation of an independent political party – of, for and by the working class.

The idea of building a new political party frightens most progressives and liberals, who fear that it would open the door for a right-wing extremist to get elected. So we play the game of lesser evils. This game has gone on for years and years. The World Socialist Party refuses to go along with this on the grounds that there is but one evil party with two names. The sleeping giant has to wake up tell both parties: Game over. Move aside.

Left-leaning voters fear that by voting with their consciences they would contribute to a possible defeat of Biden (who has moved verbally to the left in order to attract these voters) and ensure the victory of a conservative, Trump. The Republicans and Democrats shadow-box through their election campaigns, skilfully avoiding debate on the real issues confronting the American people. The key problem facing workers in America today is that union membership is down.

Democracy begins and ends with the ballot-box. But it is also perceived as involving free speech, free assembly, and media freedom. Generally, there is no interference with these civil liberties, for they are not made use of in opposition to the capitalist system. What opposition flares up from time to time it demands improvements of the system, not its abolition, but such as clean government, lower taxes, civil rights and, more recently, the protection of the environment. The workers who produce the wealth have no decisive voice in operating the economy. They do not have the most elementary of all rights—democratic control over their means of livelihood. The kinds of politics carried on do not transcend the capitalist system. No people takes the insurrectionary road to revolution when easier and more conventional ways of remedying their ills and reaching their objectives appear available to them. Why does Big Business fear the people so much even though it dominates the mental environment through control of the agencies of mass information and entertainment and dominates the government through its control of the two major parties? Because its dollar democracy is now increasingly being recognized for what it is.

Working people are aware of the cynicism, privilege, luxury and swindling of those at the top. So insatiable, so intoxicated with privilege and power are the plunderers and pillagers of Wall Street. Corporations are conspiring to undermine and, if possible, destroy the unions and drive down living standards. They are determined to maintain their unprecedented profits that they are wringing from the workers, the real producers. They are scheming, with the aid and the compliance of either Republican or a Democrat president and government, to rob the workers of any gains.