Stop blaming overpopulation on too many Africans 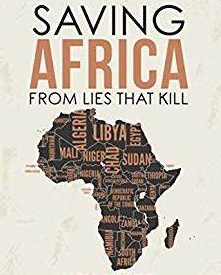 David Attenborough is a highly regarded media figure and respected conservationist but it does not make him infallible. In fact, Attenborough is wrong on many things but foremost in his arguments that there are too many people in the World, particularly in Africa.

This article on the progressive website Counterpunch by a Survival International worker explores the myths that surround the claim that Africa is over-populated.

Taking just sub-Saharan Africa the region with the highest fertility, so is the key example, the rate of population growth is high (2.7%) but the population density is actually very low. In fact, in every one hundred km sided square, there are half a million people in Africa compared to well over four million in England. So, Africa does not have anything like the overpopulation problem that England has.

The rate of population increase drops when standards of living rise. Individuals have children for many reasons of course but some basic principles seem to apply, people with high living standards generally feel more secure and so less reliant on a large family to care for them in infirmity or old age and they think it less likely that their children will die in infancy. Whatever the reasons – and incidentally any idea that African women don’t already know how to limit fertility is pretty silly and racist – well-off people have fewer children on average than poor ones. So while it’s true that the sub-Saharan African population is increasing quickly, it’s into an area of the world which is much less populated than the Global North.

How much do people consume. This is crucial because population only becomes a problem if it’s higher than a territory can provide for without wrecking its environment. “Consumption” obviously includes far more than just what people eat, and perhaps the most important thing is how much energy is needed to produce their food, housing, transport and everything else they consume. This isn’t straightforward.

To take a simple example, someone might drive an ancient and inefficient car which uses lots of polluting fuel but if they keep it for decades and never travel very far, they might use less energy, and produce less pollution, than an electric car which is frequently traded in for a newer model. The same energy goes on making a new car as running an old one for several years, and the energy needed to propel both is very broadly the same, whether the fuel comes from an onboard tank or is drawn from a power station. Of course, there are thousands of variables, but the basic point is that the more people consume, the more impact they have on the environment. There isn’t a good way to measure this, but to get some inkling we can turn to the common measure for wealth, Gross Domestic Product (GDP). To put it simply, people from countries with a high GDP are likely, as a broad assumption, to consume comparatively more than those with a low GDP.

In sub-Saharan Africa, we find that the average American’s GDP is about forty times higher than that of an average African. So, Africa’s population is indeed growing quickly, that’s true, but it’s thinly populated and its consumption per head is extremely low. Whatever their aspirations, many people there never get on a plane or travel by private car, they don’t get a new washing machine or TV every couple of years, they don’t use much electricity or fossil fuel, and they tend not to throw away vast amounts of food daily.

The conclusion must be that if overpopulation is a problem because it strains the world’s resources, then the first and most efficient way to address it is not in Africa at all, it’s to reduce consumption in the North, which currently uses far more than its share of resources. Secondarily, if rates of population growth continue to fall when standards of living go up, then the easiest way of addressing that – inside Africa – would likely be to stop the massive resource outflow from the continent, and ensure more of its vast natural wealth remains with and starts fairly benefiting its natural owners.

In other words, to address “overpopulation,” the richer countries must do two things – consume less and stop stealing Africa’s resources. It suggests that a solution to overpopulation and the overuse of scarce resources is nothing to do with reducing the number of Africans, but simply for there to be a more level playing field between them and those of us in the North who take and consume their wealth. But as the environmental movement and its anxiety about overpopulation comes mainly from the same place, the richer countries, it’s always going to be easier and more satisfying to pin the blame on too many poor Africans. 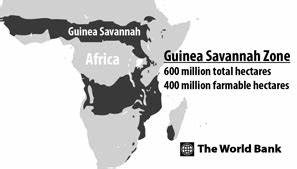