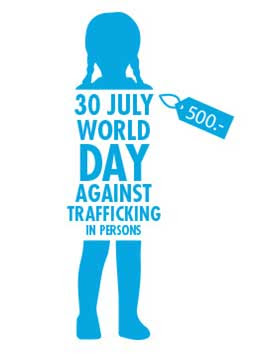 The United States is no exception to the practice of modern day slavery. The US State Department said that despite its global reach, human trafficking takes place locally — “in a favorite nail salon or restaurant; in a neighborhood home or popular hotel; on a city street or rural farm.” The US Department of Homeland Security (DHS) says every year, “millions of men, women, and children are trafficked worldwide – including right here in the United States”.


Romina Canessa, a human rights lawyer and program officer at Equality Now’s “End Sex Trafficking” team, said: “Unfortunately, we do not have any exact numbers on how widespread sex trafficking is in the USA”
“We do know that America is a source, destination, and transit country for trafficking. We also know that the majority of trafficking victims in the USA are from within the country and that the most prevalent form of trafficking is sex trafficking of women and girls.”
Canessa of Equality Now said currently, there is no official estimate for the numbers of victims in the USA, nor are there reliable resources. There are statistics, for example, on the number of federal sex trafficking cases but this isn’t an accurate representation as many cases aren’t prosecuted or are prosecuted under different laws for various reasons.
She said cases frequently go undetected or unreported. “Many sex trafficking victims are prevented from seeking help, and it is also common for people not to self-identify as someone who has been trafficking...Sex trafficking in the USA can involve migrants and refugees, and traffickers will often use an immigrant’s legal status as a tool for coercion. Trafficking can involve nail salons, spas, farms, but also involves a wide range of other industries, including: hospitality; traveling sales; janitorial services; construction; restaurants; domestic work; childcare and looking after persons with disabilities; retail; fairs and carnivals; peddling and begging; drug smuggling and distribution, amongst others.
Trafficking can affect anyone but certain dynamics can place people at higher risk. Factors that can increase someone’s vulnerability include being in foster care, a runaway or being young and homeless. Living in poverty, problems with immigration status, and being LGBTI are also risk factors.
A 2018 report by the Global Slavery Index estimated some 403,000 people being trapped in modern slavery in the U.S. – seven times higher than previous figures.
Elizabeth Melendez Fisher, co-founder and chief executive of Selah Freedon/Selah Way Foundation, says the sexual abuse and exploitation of vulnerable women and children have always occurred in the US. 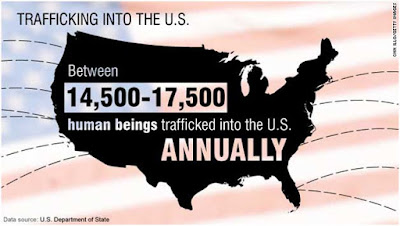