The Homeless World Cup in Wales 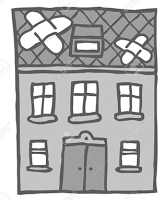 Nearly 500 men and women gathered in Cardiff on Saturday to kick off the 17th Football Homeless World Cup. The opening match was won by Denmark against Wales after a penalty shootout. The week-long tournament will see players from 48 countries compete in hundreds of games to crowds of nearly 100,000 people. Organisers said they hoped to shift public perceptions of homelessness and that support for players included job training, housing support and health services.

Jon Sparkes, head of homelessness charity Crisis, said such sporting events were crucial "as they provide people with vital opportunities to reconnect and come together as a team – all the while boosting their skills and sense of empowerment".

For 22-year-old Mujahed, a refugee who fled ongoing civil war in Yemen and undertook a perilous boat crossing on the Mediterranean, football is a path towards social integration.
"Football takes you away from your bad situation ... I have now a lot of friends and a lot of people who care about me and I care about them because we're all footballers."

Despite the sincerity and the well-meaning intentions of the players and their supporters, The South Wales branch of the Socialist Party explains kicking a ball around a field will not solve the crises in housing as the July issue of the Socialist Standard explains:

“...The housing market isn’t led by need, but by whatever practices are likely to be most profitable for landlords and property developers...”

The market determines what is available and at what price — which means that the capitalist class gets the housing they want and profits come before the housing needs of the community. People on medium and lower incomes have been priced out of the market, and end up unable to move to better housing. Those with lower incomes, or who have debts, have to rely on the often unreliable end of the private sector or under-funded social housing. For homeless people, any type of long term housing is hard to find. The extent of homelessness is often used as a gauge for the state of the economy as a whole. In an economic downturn, people are less able to hold down jobs, keep up with payments on rent or other bills, or have savings they can fall back on. Often, a combination of factors like these will push people towards losing their homes. The housing market shows how the system doesn’t work in our interests. Capitalism is a society of haves and have-nots, of winners and losers. Homeless people are at the unlucky end of the social scale. Many other people are only one wage packet away from being drawn towards homelessness. So, to accept that homelessness is just a part of life is to accept the capitalist system which traps us all.

Engels wrote, in the nineteenth century, of the housing crisis in these terms:
“The so-called housing shortage which plays such a great role in the press nowadays, does not consist in the fact that the working-class generally lives in bad, overcrowded and unhealthy dwelling. This shortage is not something peculiar to the present, it is not even one of the sufferings peculiar to the modern proletariat in contradistinction to all earlier oppressed classes. On the contrary all oppressed classes in all periods suffered rather uniformly from it. To put an end to this housing shortage there is only one means: to abolish altogether the exploitation and oppression of the working class by the ruling class...The housing shortage from which the working class suffers today is one of the many evils which result from present-day capitalist production.”

The problem remains the same today as it did for Engels.

For those in Cardiff, on Queen Street (Newport Road end), there is a weekly Socialist Party stall every Saturday, 1pm to 3pm, (weather permitting)