The British government has invited Saudi Arabian representatives to the world’s largest arms fair, despite judges ruling the sale of weapons used in Yemen unlawful.  The state-owned Saudi Arabian Military Industries firm will also be among exhibitors. The United Arab Emirates, which is part of the Saudi-led coalition bombing the country, is listed as a “platinum partner” on DSEI’s official website.

Government ministers are to deliver speeches as the world’s largest arms producers sell their wares, including bombs, planes, drones, guns and tanks. Eurofighter jets and Paveway bombs of the kind being used by Saudi forces in Yemen are expected to be promoted to international militaries.

The UK has licensed nearly £5bn of arms exports to Saudi Arabia since the start of the Yemen war, where Riyadh leads a coalition conducting airstrikes in support of president Abdrabbuh Mansour Hadi. The ongoing war in Yemen has been described as the “world’s worst humanitarian catastrophe” by the United Nations, which has documented alleged war crimes by a Saudi-led coalition that started bombing the country in 2015.


Human rights groups have found evidence of British-made bombs at the scenes of war crimes, and research estimates that Saudi-led bombing has killed more than 8,000 civilians. In June, Court of Appeal judges found that his decision to continue selling arms to Saudi Arabia for use in the Yemen war was “irrational and therefore unlawful”. A ruling said the government “made no concluded assessments of whether the Saudi-led coalition had committed violations of international humanitarian law in the past, during the Yemen conflict, and made no attempt to do so”.  But while seeking to appeal, the government is attempting to stay Court of Appeal ruling and continue sales under pre-existing agreements. It said 57 applications for export licences were under consideration at the time of judgment on 20 June, and 295 already in place to Saudi Arabia.
A UN report predicted that the death toll in Yemen could soar to 233,000 by the end of this year, including 102,000 people killed in combat and 131,000 deaths caused by a lack of food, health services and infrastructure. At least 17,700 civilian deaths have so far been verified by the UN, amid a deadly cholera outbreak and hunger crisis exacerbated by Saudi-led bombing and blockades. 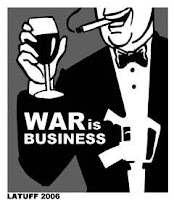 Andrew Smith of the Campaign Against the Arms Trade (CAAT) told The Independent, “Time and again, ministers have shown that they will overlook any atrocity and sink to any depth in order to continue arming and supporting the dictatorship.”