Being Human in Nature 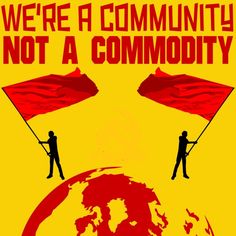 Marx was fond of quoting the 17th century writer Sir William Petty’s remark that labour is the father and nature the mother of wealth. Marx’s materialist conception of history makes the way humans are organised to meet their material needs the basis of any society. Humans meet their material needs by transforming parts of the rest of nature into things that are useful to them; this in fact is what production is. So the basis of any society is its mode of production which, again, is the same thing as its relationship to the rest of nature. Humans survive by interfering in the rest of nature to change it for their own benefit. That humans have to interfere in nature is a fact of human existence. How humans interfere in nature, on the other hand, depends on the kind of society they live in. Humans are both a part and a product of nature and humans have a unique significance in nature since they are the only life-form capable of reflective thought and so of conscious intervention to change the environment. It is absurd to regard human intervention in nature as some outside disturbing force, since humans are precisely that part of nature which has evolved that consciously intervenes in the rest of nature; it is our nature to do so. True , that at the present time, the form human intervention in the rest of Nature takes is upsetting natural balances and cycles, but the point is that humans, unlike other life-forms, are capable of changing their behaviour. In this sense the human species is the brain and voice of Nature i.e. Nature become self-conscious. But to fulfil this role humans must change the social system which mediates their intervention in nature. A change from capitalism to a community where each contributes to the whole to the best of his or her ability and takes from the common fund of produce what he or she needs.

Competitive pressures to minimise costs and maximise sales, profit-seeking and blind economic growth, with all their destructive effects on the rest of nature, are built-in to capitalism. These make capitalism inherently environmentally unfriendly. Attempts to “green” capitalism, to make it “ecological”, are doomed by the very nature of the system as a system of endless growth. The only framework within which humans can regulate their relationship with the rest of nature in an ecologically acceptable way has to be a society based on the common ownership and democratic control of productive resources, freed from the tyranny of the economic laws that operate wherever there is production for sale on a market. Humans are capable of integrating themselves into a stable ecosystem and there is nothing whatsoever that prevents this being possible today on the basis of industrial technology and methods of production, all the more so, that renewable energies exist (wind, solar, tidal, geothermal and whatever) but, for the capitalists, these are a “cost” which penalises them

As a socialist party we tend to be hostile to the activities of reformers. This has a simple logic. In one way or another reformists are supporters of capitalism. We are opposed to capitalism. Therefore we are opposed to the activities of those offering palliatives. However, what we find is that we share many of the basic hopes and intentions of many thousands of people who are active in all kinds organisations. Socialists do not hold a monopoly on social concern. For example, many people are concerned with the plight of millions of starving people and they try to do something about it. We share that concern, this is something that we have in common with them. So it is not true that we are hostile to all reformers. So how can we be more engaged with these people with whom we share some common ground?

They are in organisations like Oxfam. They work voluntarily collecting money and running charity shops to finance workers in the field in many places, doing what they can to provide seeds, tools and equipment and small scale irrigation schemes and things like fresh water wells. Others are in organisations such as the United Nations Association in the hope that agencies like the Food and Agricultural Organisation could do more to help the starving. We are quite right to say that these efforts do not stand a chance of ever being able to solve a problem that is getting worse. But rather than be hostile to the activities of these people we should adopt a much less alienated approach. Instead of emphasising the futility of their activities; instead of shouting abstract slogans at them such as common ownership, democratic control and production for use; we could argue from a basis where we have set out how existing world wide organisation already exists for dealing with the problem of world hunger. This more engaged approach would be to describe how the principles of common ownership, democratic control and production solely for use could be applied in practical ways. This would convert the higher abstractions of economic analysis into proposed lines of practical activity. This would in turn project what people in Oxfam are trying to do into a different social context in which their work could be more successful in solving the problem. This would draw their attention more directly to the need to alter the present economic and political framework which is so destructive of their efforts. This more engaged approach would be to acknowledge that they are doing what they can to lessen world hunger but the problem is getting worse, and then say, "The action to solve this problem must include action to bring about a society where you will have the freedom to act more effectively and this is how it could actually work. The work of solving the problem and the work of creating the conditions in which it can be solved go together." And of course the same approach could be directed at other organisations, for example, the many environmentalists.