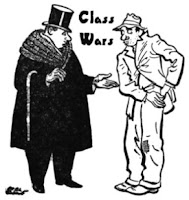 The failure of the welfare state over the past decade has left families in Britain’s poorest neighbourhoods “blighted by the constant spectre of destitution” and reliant on charity handouts, according to an inquiry by two independent MPs, Heidi Allen and Frank Field. It said the UK now had more than 2,000 charity food banks, which were increasingly seen as a normal part of society.
Botched social security policies such as universal credit and disability benefit assessments, together with cuts to local services, had fuelled extreme poverty and left the welfare safety net malfunctioning. Massive cuts to the value of benefits in recent years, together with the rise of low-paid and insecure zero-hours work, had put many low-income families at permanent risk of being unable to meet their basic food and housing needs, they said.
“For the most vulnerable people in our society, any reduction, delay or loss of income from work or benefits brings into play food banks, rising debt, high-risk loans and the risk of destitution,” Allen said.
The report contrasted charities’ caring approach with the “harsh and uncaring” culture too often found in the Department for Work and Pensions (DWP) and in jobcentres. There was an urgent need to “reform the ethos and approach of jobcentres and work coaches so that empathy and compassion are the norm”. Field noted back in 2017 that for “the first time in postwar history, the state has become a generator of destitution”
https://www.theguardian.com/society/2019/jul/11/welfare-failures-and-cuts-fuelling-extreme-poverty-mps-say
Posted by ajohnstone at 6:00 am