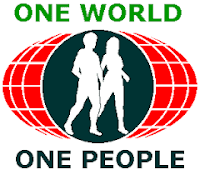 Gwyn Llewelyn, from the umbrella group AUOBCymru, said: "This is really taking off as a real alternative to the stale politics that has failed us so often before."

Socialists in Wales would most vehemently disagree with that opinion. The Socialist Party and nationalists see society from very different points of view.

Plaid Cymru claims that English domination is the cause of the social ills, such as bad housing, poverty, unemployment and rural depopulation from which the people of Wales suffer. Socialists see present-day society as divided into two classes: a capitalist class who own the means of production, and a working class who, having no property, are forced to work for the capitalists. The interests of these two classes are opposed and between them there is a class struggle. This transcends nationality. The dispossessed, propertyless working class has no country.

Socialism and nationalism are opposed. They are irreconcilable. Nationalism is in fact one of the means which capitalism uses to blind the workers to class society. It is a delusion which socialists in Wales seek to dispel. For this reason the Socialist Party is opposed to Welsh nationalism and does not support the demand for Welsh independence. Poverty is a class problem , not a national problem. It is a problem to be solved by class emancipation not by national emancipation. Socialists consequently hold that national independence is not the solution. Capitalism would continue if Welsh nationalists succeeded and achieved an independent sovereign country.

The language question, however, is distinct from the so-called national question. Welsh-speakers may well hold a grievance against the English-speaking administration. Of course people should be free to speak the language of their choice and, if they occupy a distinct area, to have social affairs discussed and administered in that language. This to a certain extent has now been largely resolved. These grievances have been misdirected by the partisans of separatism in Wales in accordance with the old nationalist slogan “no language, no nation”. This is nonsense. Those who speak Welsh are just Welsh-speaking human beings, not members of some imaginary Welsh nation. Welsh-speaking socialists have long recognised that they are Welsh-speaking world citizens.

In Cardiff, on Queen Street (Newport Road end), there is a weekly Socialist Party stall every Saturday, 1pm to 3pm, (weather permitting.)