The true cost of cheap, unhealthy food is a spiralling public health crisis and environmental destruction, according to a high-level commission. It said the UK’s food and farming system must be radically transformed and become sustainable within 10 years. The commission’s report concluded that farmers must be enabled to shift from intensive farming to more organic and wildlife friendly production, raising livestock on grass and growing more nuts and pulses.

“Our own health and the health of the land are inextricably intertwined but in the last 70 years, this relationship has been broken,” said the report, which was produced by leaders from farming, supermarket and food supply businesses, as well as health and environment group. Time is now running out. The actions that we take in the next 10 years are critical: to recover and regenerate nature and to restore health and wellbeing to both people and planet,” said the commission.

The commission also said agriculture produced more than 10% of the UK’s climate-heating gases and was the biggest destroyer of wildlife; the abundance of key species has fallen 67% since 1970 and 13% of species are now close to extinction.
To solve these crises, the commission said “agroecology” practices must be supported – such as organic farming and agroforestry, where trees are combined with crops and livestock such as pigs or egg-laying hens. While it and other studies recommend large reductions in meat-eating, Sue Pritchard, director of the RSA commission and an organic farmer in Wales said: “There is a strong case to be made in the UK to support sustainable beef and lamb in the places where grass is the best thing to grow.”
Pritchard said the UK had the third cheapest basket of food in the developed world, but also had the highest food poverty in Europe in terms of people being able to afford a healthy diet. Type 2 diabetes, a diet-related illness, costs the UK £27bn a year. The so-called planetary health diet calls for more nuts and pulses in diets and Pritchard said these and more vegetables could be grown in the UK. Hazelnuts and walnuts are native to the UK, she pointed out, and some farmers are now starting to grow crops like lentils and quinoa, as well as beans and peas.
https://www.theguardian.com/environment/2019/jul/16/true-cost-of-cheap-food-is-health-and-climate-crises-says-commission 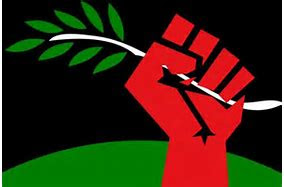