A socialist answer to the environment question 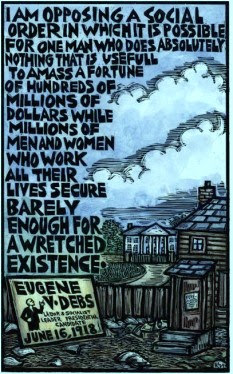 Capitalism has been reformed many times and in many different ways and still it continues to progressively worsen the environment. If socialism is to be achieved it has to mean much more than palliatives and amelioration. It would be difficult to find fault with the concerns expressed by environmentalists about how the planet is being degraded and abused. Global warming, deforestation and pollution are real worries. Only the establishment of world socialism can stop this insidious destruction of our planet. After decades of campaigning an legislation, most environmental problems have not substantially improved, and, indeed, some have become much worse. Among people, there is an increasing awareness of the threat of climate change and there now seems to be a genuine interest in searching for the deeper roots of the problem. The ecology movement has called into question many aspects of modern consumerist society that are complicit in the environmental crisis. If a future socio-economic arrangement is to be sustainable it must take these criticisms to heart. Getting to the roots of the problem implies that we examine the socio-economic system under which we live. To do this, however, ecological ideas are not enough. If we seek to adequately explain the reasons for the environmental crisis we must clearly understand the economics of society that lead to environmental destruction.

Many are convinced that the resources used by humans have already far outstripped the carrying capacity of the planet  that expanding population numbers present the greatest ecological crisis. The crude population explosion theory quickly collapses  when we focus on the question of how resources are distributed. The present surplus levels do not account for today's scarcity and hunger. There is more than enough food produced to sustain the current level of world population. Yet food somehow manages to avoid the mouths of those who can't afford to pay the price, being fed to livestock for the affluent to increase profitability yet it is the poor who gets the blame.

Some environmentalists activists lead the call decentralisation and localism. While it is important to pay attention to question of large-scale concentration of industry, doing so does not solve all of our problems. Certain industries require centralisation for efficiency, and economy of scale actually may reduce environmental impact in many of these cases. Each town cannot have its own factory to produce trains, yet the demand for transportation will not simply evaporate. The key is to meet this demand at an ecologically appropriate scale under a system that places a priority on protecting the environment. Under the current system, new technologies will always be implemented in order to create new products to sell, and to increase productivity for firms attempting to be more competitive.  Yet the introduction of a new technology does not automatically spell greater exploitation. A vision for a socialist society which functions in a complementary way and in harmony with nature is our goal.

Capitalism's profit motive is the culprit for many other unthinkable environmental disasters in the making. The profit motive and capitalism are bringing civilisation to the brink of disaster, and time is running out to take corrective actions where it is still possible or to lessen the effects where the damage is already too advanced to be undone. It ought to be clear by now that the system primarily responsible for bringing humanity such peril and which even now continues to ignore the warnings of scientists is not about to spend the hundreds of billions needed to avert or mitigate the dangers.


Too often environmentalists are limited in their world view and understanding of the capitalist system, imbued with notions of the "evil men [or corporations]" theory of history, are prone to divorce their specific environmental cause from the whole socio-economic fabric. These environmental warriors of capitalist society endlessly flounder, winning, at best, only a delaying action against the disintegrating effects of capitalism on the natural world. Government regulations pose no threat to capitalism, and never have, regardless of how they may affect or place certain restraints on specific capitalist interests. The real threat to capitalism and the crimes that capitalism commits against nature and humanity is an informed and active working class.

Only socialism can satisfy our needs while operating all the industries in harmony with the best interest of the whole planet. However, until the working class decides that it must take control of the economy and establish a new form of democratic government based on collective and democratic ownership of the economy, all creatures on earth will continue to suffer under the capitalist dictum of "business as usual."