The Origins of the American Oligarchy

Today there exists a pandemic of the historical amnesia that plagues Americans of how the disenfranchised, the poor and the enslaved turned revolutionaries. Charles Thomson, a secretary to the Continental Congress, intended to write a memoir of the American Revolution, but he burned his thousand-page account as it would “contradict all the histories of the great events of the Revolution.” He wrote, “I could not tell the truth without giving great offense...Let the world admire our patriots and heroes.” Historians buried American voices

Socialists have always called the American Revolution a “capitalist” revolution. This means that the revolution put the American capitalist class in power and accomplished many things that the capitalist class needed to have done. It unified the colonies, ended all of the restrictions on the growth of capitalism, set up a government that would protect capitalist property and so forth. But when we call this revolution a capitalist revolution, that does not mean that the capitalists themselves led this revolution, or even that a majority of the capitalist class supported it. As a matter of fact, the revolution was mainly carried out by others. Great men, long since forgotten or deliberately obscured, played their role in the building of the radical movement. They looked towards a redistribution of political, social, and religious power; the discarding of old institutions and the creation of new ones; the overthrowing of entrenched patterns of conservative, elitist thought; the levelling of society so that top and bottom were not widely separated.

It was even made against the will of many of the capitalist class of that day but once they saw which way the wind was blowing they later stepped into reap its fruits. The most oppressed portions of the population favored a complete overturn of the social order and a new society, more egalitarian, both politically and economically. They are willing to fight for these changes. But the ruling class, only want a few minor changes that would leave their privileged positions untouched. The American Revolution was not merely a revolt against King George but also a struggle by farmers, artisans, and the poorer merchants  against the wealthy ruling class of the colonies: the large landowners, big merchants - the top layers of society. The place vacated by the old order was taken by a new aristocracy of wealth, which was soon far richer than the old. These are the rich we have with us yet, the capitalist class that still rules over America.

The first federal constitution, the Articles of Confederation, was written under the radical influence of revolution.  All  power was to be vested in a single legislative body, the Continental Congress, which was unchecked by an executive or judiciary. The oligarch elite used radicals like Thomas Paine to recruit the cannon fodder. Paine believed in important social reforms and before his death, he articulated and advocated political democracy, equal rights for women, abolition of slavery, international arbitration, rational conceptions of marriage and divorce, mercy to animals, pensions for the aged, maternity benefits, subsidy to the children of the very poor, municipal factories to take care of unemployment, labor unions, compulsory education, maintenance for widows, graduated income tax, abolition of expensive and useless rulers, reduction of armament by international agreement, and similar ideas. He was the public image of the Revolution.  Paine expressed the sentiment for revolution when he wrote: “We have it in our power to begin the world over again. A situation, similar to the present, hath not happened since the days of Noah until now. The birthday of a new world is at hand.”

The mood for change was is shown in Pennsylvania, where Tom Paine’s democratic ideal was realised for a period. In 1776 a conference was called to form a ‘new government … on the authority of the people alone’.  Out of it emerged the most democratic constitution of the time: guaranteeing freedom of speech, freedom of religion, and increased representation so all male taxpayers resident for a year or more could vote. There was no governor, but there were annual elections for the House of Representatives and all bills were printed so people outside the immediate political process could consider them. It was viciously denounced as ‘a mobocracy of the most illiterate’

In an open letter to President Washington, who Paine called “... a hypocrite in public life ... ” Paine wrote that “... the world will be puzzled to decide whether you are an apostate or imposter ... whether you have abandoned good principles, or whether you ever had any.”

This raised the fears of the landowners and merchants that their wealth and position was at risk. As Madison recognized, “An increase of population will of necessity increase the proportion of those who will labor under all the hardships of life and secretly sigh for a more equal distribution of its blessings…”

The Constitutional Convention was the “counter-revolution”, the Founding Fathers’ coup. Under the guise of meeting to discuss commercial transactions and to revise the Articles of Confederation that had been established, the leaders determined to create a powerful new national government to preserve their class hegemony. The constitutional convention was held in secret. It was illegal. The delegates had been carefully hand-picked by the State legislatures It amounted to almost a coup d’etat, but the delegates emerged with a draft of a Constitution to be rushed for ratification.

Madison explained that “to secure the public good and private rights against the danger of the propertyless or proletarians and at the same time preserve the spirit and form of popular government was then the great object to which the Convention’s inquiries were directed.”

Various limitations on the power had as their objective the safeguarding property rights and preventing majority rule. The conservatives fought back and emerged victorious. Jefferson, Madison and Henry represented the interests of plantation slavocracy and demanded states rights against centralized government.

The government was divided into three, executive, legislative, and judicial. Yet each concentrated a high degree of power in itself. The President was made a strong executive with powers greater than those of the King of England at that time. The President could veto legislation and appoint (concurrently with the Senate) administrative officials and judges of the Federal inferior and supreme courts. His election was as far removed from popular vote as possible. He was chosen by a College of Electors whose method of election was left to the choice of the State legislatures. Should the votes of the Electors give no one a clear majority, the House of Representatives was given the power to elect the President. “But in choosing the President the vote shall be taken by States, the representatives from each. State having one vote.” The law-making power was subdivided into a bicameral legislature with only the House of Representatives chosen directly by the people. The Constitution itself provided that only that minority of the population which could meet the high property qualifications necessary to vote for the State legislatures could elect Representatives. Thus the restrictions upon voting then prevalent in the States were incorporated into the Constitutional law of the land. To check the responsiveness of Congress to the wishes of the masses, the Senate was set up. Senators, like the President, had to be older men and were not to be elected by the people, but were to be chosen by the State legislatures. The big property owners, elected by little property owners, thus made doubly sure that they could control the Senate. It took a century and a quarter and a Constitutional Amendment to give the people the right to elect Senators.

Under the Constitution, the Judiciary is appointed for life by one man, the President, and, like him, they are not directly responsible to the people. Nor are they removable from office except through impeachment proceedings which the Senate alone has the power to bring. They became absolutely independent of the will of the people, as we witness the proceedings once more today. Life tenure of office given the judiciary was the most flagrant and offensive and opposed to the democratic principle of responsibility to the people.

The “people” counted for little. The Founding Fathers provided that the Constitution, once accepted, could be amended only with the greatest difficulty. The women’s ERA is still not ratified having already been passed by Congress in 1972, almost 50 years ago.

How many Americans have heard of the hidden role of the Society of Cincinnati? 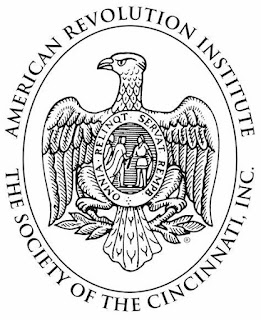 Posted by ajohnstone at 3:12 am