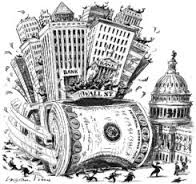 Although there is much controversy over the definition of extreme poverty,  living on less than $1.90 (£1.50) a day, the fact is that it is set to rise this year for the first time in more than two decades, with coronavirus expected to push up to 115 million people into that category. By 2021, this could rise to as many as 150 million, it added.

The pandemic is compounding the forces of conflict and climate change, which were already slowing poverty reduction, the World Bank said. The bank said progress in reducing global poverty was already slowing even before the Covid-19 crisis.

It is likely to affect between 9.1% and 9.4% of the world's population this year. Since 2013, the World Bank has been working towards the target of having no more than 3% of the world's population living on just $1.90 a day by 2030. However, it now says that goal will be beyond reach. The World Bank report found that many of the new poor would be in countries that already have high poverty rates, with 82% of the total expected in what are classed as middle-income countries.

Posted by ajohnstone at 6:48 pm