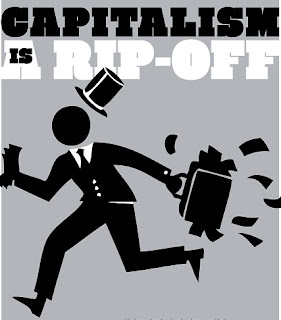 A report by Swiss bank UBS found that billionaires  “did extremely well” during the coronavirus pandemic, growing their already-huge fortunes to a record high of $10.2tn (£7.8tn).

Billionaires increased their wealth by more than a quarter (27.5%) at the height of the crisis from April to July, just as millions of people around the world lost their jobs or were struggling to get by on government schemes.

Billionaires had mostly benefited from betting on the recovery of global stock markets when they were at their nadir during the global lockdowns in March and April. UBS said billionaires’ wealth had hit “a new high, surpassing the previous peak of $8.9tn reached at the end of 2017”. The number of billionaires has also hit a new high of 2,189, up from 2,158 in 2017.

Josef Stadler, the head of UBS’s global family office department that deals directly with the world’s richest people, said: "...not only did they ride the storm to the downside, but also gained up on the upside as stock markets rebounded.”

Stadler said the super-rich were able to benefit from the crisis because they had “the stomach” to buy more company shares when equity markets around the world were crashing. Global stock markets have since rebounded making up much of the losses. The shares in some technology companies – which are often owned by billionaires – have risen very sharply.

Billionaires’ fortunes have swelled by $4.2bn (or 70%) in the three years since Stadler warned about the threat of a global uprising against the super-rich. Stadler said. “Wealth concentration is as high as in 1905, this is something billionaires are concerned about. The problem is the power of interest on interest – that makes big money bigger and, the question is to what extent is that sustainable and at what point will society intervene and strike back?”

The world’s current super-rich people hold the greatest concentration of wealth since the US Gilded Age at the turn of the 20th century, when families such as the Carnegies, Rockefellers and Vanderbilts controlled vast fortunes.

Luke Hilyard, executive director of the High Pay Centre, a thinktank that focuses on excessive pay, said, “Billionaire wealth equates to a fortune almost impossible to spend over multiple lifetimes of absolute luxury,” Hilyard said. “Anyone accumulating riches on this scale could easily afford to raise the pay of the employees who generate their wealth, or contribute a great deal more in taxes to support vital public services, while remaining very well rewarded for whatever successes they’ve achieved. The findings from the UBS report showing that the super-rich are getting even richer are a sign that capitalism isn’t working as it should.”