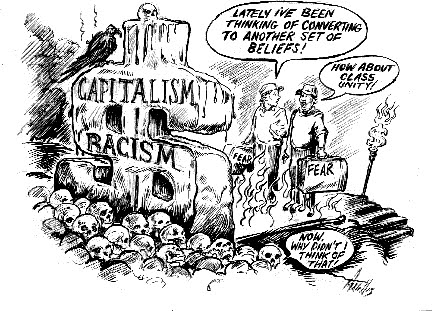 Can the Palestinians expect a future Biden presidency to be more receptive to their situation? Apart from some platitudes, no.

As Republican and Democratic parties try to discredit one another to gain votes, it can be difficult to know where each stand upon issues, particularly foreign policies such as the Palestinian-Israel conflict. But it is very clear that both parties will continue to offer Israel unconditional support and that Biden will not be reversing any of Trump’s actions such as the re-location of the US Embassy to Jerusalem. The foundation of Trump’s decision was the Jerusalem Embassy Act of 1995. This Act was the outcome of bipartisan efforts, bringing together Republicans and Democrats in Congress. Joe Biden and a probably Secretary of State for him, John Kerry, were the main cheerleaders of the embassy move, back then. Only one Democrat senator voted against the Bill. In the House of Representatives, only 30 out of 204 Democrats voted ‘no’.

One minor difference in policy is that Mike Pompeo announced that the Trump’s administration no longer considers Jewish settlements in the Occupied Territory illegal or a violation of international law while the Democrats, however, continue to perceive illegal Jewish settlements as, indeed, illegal. The important point is that the Democratic presidents never ever acted on that view.

Most Americans would like to see an end to foreign wars and a reduction in the military budget that consumes over half our country’s resources. But these voices cannot be heard because wars are too profitable for the investor class and because the arms manufacturers donate so generously to both political parties. While Democratic lawmakers like to tell viewers of cable news that President Trump is a madman and a Russian agent, they overwhelmingly approved giving him $740.5 billion to wage wars throughout the globe, although Congress has not declared war on another nation since 1942, and despite the Constitution’s mandate that Congress must declare war before unleashing death and destruction on other nations.

In 2019, the United States spent more money on our military than the next 10 countries combined. A recent study at Brown University estimated more than 800,000 people dead and 37 million people displaced in U.S.-led wars since 2001, at a cost of $6.4 trillion to U.S. taxpayers. As long as the U.S. continues squandering its resources on war, it cannot solve other issues like the destruction of the environment, crumbling infrastructure, access to health care, and education. Yet, because of the war industry’s ownership of both political parties, no serious debate is even allowed. Joe Biden has already assured war-industry donors that if he’s elected, there will be no major reductions in military spending.

The connection between military spending and the destruction of the planet could not be more clear. First, the U.S. military is the biggest polluter and consumer of fossil fuels in the world. Then it was recently reported that as Oregon battles the worst wildfires in living memory, more than half of the state’s National Guard helicopters are unavailable to help fight the fires as they are deployed in Afghanistan.

Even in the Democratic Party, where 85 percent of Democratic voters support Medicare for All and where a candidate for president ran on that platform and nearly won the nomination, debate has effectively been suppressed. Some will recall that vice presidential nominee Senator Kamala Harris was once a cosponsor of Vermont Senator Bernie Sanders’ Medicare for All bill in the Senate. But she quickly reversed her position, presumably after hearing from the major Democratic donors. This betrayal of the people didn’t earn her many votes in the presidential primary. But it did earn her a spot on the party’s national ticket. At August’s Democratic National Convention, any discussion of Medicare for All was effectively prohibited. Even Senator Sanders was not allowed to discuss his signature issue during his speech at the convention. Further, the party’s leaders successfully defeated an attempt to include the overwhelmingly popular proposal in the party’s platform.

The truth is that the pro-Israeli cause is shared by whoever wins in November 3, whether Democrat or Republican. It is the same for many other aspects of American foreign policy.

The Constitution, the legal and political foundation of the US government, provides for a body of law and a web of institutions that facilitate the rule of the capitalist class. For example, the rights of private property, without which capitalism could not exist, are guaranteed in the constitution and have always been held to be above mere human rights. The US government is deliberately structured in such a way as to thwart the popular will of the majority and defuse mass movements for change. The doctrine of the separation of powers, which divides the government into. executive (the President and his administration), legislative (the two houses of Congress), and judicial (the Supreme Court) branches is a good example. The founding fathers, many being wise old lawyers, set up this system as a means of checks and balances against us. And it works very effectively. But aside from the problems posed by the structure of the government (which theoretically could be made more formally democratic) there is a far greater obstacle. The US government does not just exist on paper. The people that command the control of the courts, the military and the state bureaucracy are tied by a thousand threads to the capitalist class. They are schooled in its values, and its methods. They are handsomely rewarded for their loyalty in the form of high position, huge salaries, and opportunities for greater profit and influence.

The whole well constructed facade of formal democracy makes the actual workings of the government more difficult to see. 95% of the important discussions and decisions that go into shaping the government’s policy are held away from public view. The real center of power in the US government is the executive branch which includes not only the president and his cabinet but the huge administrative machine made up of the different government departments and agencies. Here’s where the action is – not on the floor of Congress where the politicians put on a daily show for our viewing. The corporations do not simply “interfere” in government to buy influence or manipulate decisions. The ordinary day to day workings of the government are shaped, both directly and indirectly, by this no longer so invisible hand.

To put it simply the big bureaucrats in the government agencies, the Pentagon generals and the judges on the high courts along with the bulk of their underlings in the middle ranks of the state machinery know where their bread is buttered. The capitalist state has a mind and a purpose of its own and it does not do the bidding of any master except the capitalists.