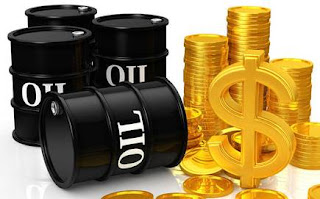 Shipping data compiled by Global Witness showed Vitol, which employs the former foreign minister Sir Alan Duncan and has offices in London, chartered shipments of more than 11m barrels of oil through ports in Russia in June.

The data showed the energy trading firm has chartered shipments of more than 38m barrels of oil from Russian ports – worth an estimated $3.21bn and averaging more than 9m barrels a month – since the invasion began on 24 February.

Zelenskiy’s chief economic adviser, Oleg Ustenko, said: “Vitol has been the largest western trader of seaborne Russian oil since the full-scale invasion on 24 February. This is brazen profiteering from blood oil that is funding the murder of Ukrainian civilians.”

The shipments in June were made from ports including Ust-Luga near the Estonian border and St Petersburg on the Baltic Sea, and Novorossiysk on the Black Sea. The shipments reached European hubs including Amsterdam and Rotterdam, from where the oil may have been moved on to other countries.

In early June a shipment of more than 1m barrels of oil from Novorossiysk was chartered to Jamnagar, the Indian oil refinery. India has ramped up imports of Russian oil since the start of the war.

Sam Leon, the head of data investigations at Global Witness, said: “Since the invasion, Vitol has been one of the main western enablers of Putin’s deadly trade in fossil fuels. Nothing but the toughest embargo on Russian oil will stop them from profiting at the Ukrainian people’s expense.’’

Posted by ajohnstone at 6:17 pm