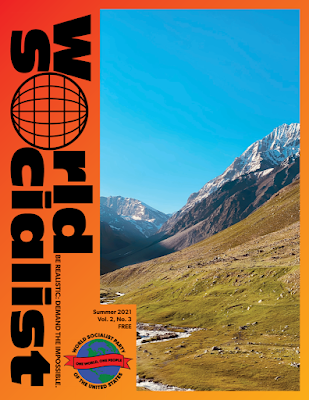 The fourth issue of The World Socialist is out now!

A commemoration of the 20th anniversary of the Paris Commune;

A call against war from a Russian comrade;

A theoretical elaboration on socialist calculation, along with a rebuttal from another comrade;

An article touching on the duties of “wealth managers” for the bourgeoisie;

An elaboration on Clause Two of the WSM’s Declaration of Principles;

nd a recollection of Frederick Douglass’s time in Scotland,

Plus reviews and funnies.

The PDF version is free here: