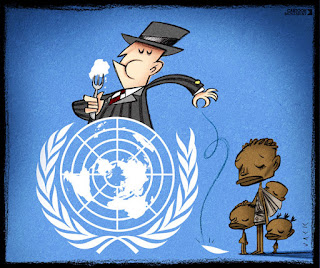 Only a third of children under two in many developing countries are fed what they need for healthy growth and no progress has been made on improving their nutrition over the past decade.

According to the report, half of the children aged from six to 23 months across a range of developing countries were not fed the minimum number of daily meals and even fewer had a diverse diet that met minimum requirements.

As a result of poor diets, children can fall behind in school, become more vulnerable to illness and suffer the effects of malnutrition, including stunting and wasting, as well as becoming overweight or obese.

Unicef estimates more than 11 million children under two are vulnerable to wasting globally.

Nutrition was worst for children in rural or poorer families, according to the study, and varied by region.

In Latin America and the Caribbean, the diets of 62% of children aged between six and 23 months met the minimum diversity requirements compared with less than a quarter in Africa and only 19% in South Asia.

The report said that many families now bought their food rather than producing it themselves, even in rural areas, which made them more dependent on food systems.

The UN’s Food and Agriculture Organization (FAO) said last week that the food summit was taking place at a key time, after five years of the number of those affected by hunger growing globally to about 811 million people, after a period in which it declined.

“Many of the current agri-food practices are also exacting a heavy toll on our planet. Our agri-food systems are not functioning properly,” said the FAO’s director-general, Qu Dongyu. He said the key was transforming the system that delivers food, from “tillage to table”.

Most infants in 91 countries are malnourished, warns Unicef | Hunger | The Guardian