Sanctuary for the Vulnerable 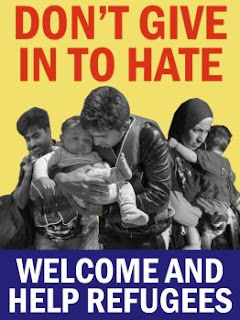 The refugee crossings of the English Channel continues.

The official UK government position is reflected by a statement from Dan O’Mahoney, at the Home Office, who said: “This unacceptable rise in dangerous crossings is being driven by criminal gangs and a surge in illegal migration across Europe. We’re determined to target the criminals at every level, so far we have secured nearly 300 arrests, 65 convictions and prevented more than 10,000 migrant attempts.”

“Refugees feel there is little choice other than to cross the Channel in flimsy boats because the government refuses to open up alternative routes to safety. The shocking images we’ve seen in Afghanistan has shown what forces people to leave their country. That same terror is happening in other countries such as Eritrea, Iran, Sudan and elsewhere.”

“The government needs to recognise that while there is war, persecution and violence, people will be forced to take dangerous journeys to seek safety. We are talking about ordinary men, women and children who are forced to flee their home through no fault of their own. The odds are stacked against them but they struggle on to survive.” Solomon added, “This government must change its approach and instead of seeking to punish or push away people seeking safety because of the type of journey they have made to the UK, they must create and commit to more safe routes. As a country we can save lives and empower people, who have already been through so much, to give back to the communities that welcome them.”