Who Profits from Terror? 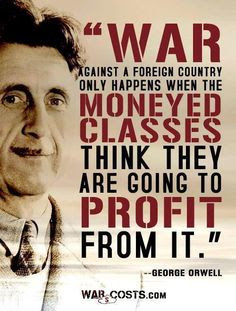 Behind the dark cloud of terror, there was a silver lining for the wealthy.

Big Tech corporations are "complicit in" and have "profited from" the so-called war on terror by at least $44 billion since 2001, according to the report,  Big Tech Sells War by the Action Center on Race & the Economy (ACRE), MPower Change, and LittleSis.

Corportions such as Amazon, Google, and Microsoft have been providing tools ranging "from databases to drones" to U.S. government agencies to prop up the ‘war on terror’ for nearly two decades since  the Patriot Act "opened the doors for Big Tech to become, first and foremost, the brokers of our personal data, selling to government agencies and private companies at home and abroad and unleashing the era of the data economy."

The arms industry feeds fear so that nations’  budgets are spent on the latest improvements in the weaponry of warfare. They goad politicians into bellicose policies. In 2020, the five biggest armament contractors spent $60 million on lobbying. In the last twenty years the defense industry has spent $2.5 billion on lobbying and directed another $285 million in donations to political candidates. Their aim is always to make a profit out of war. The label “merchants of death” has long since disappeared from the media’s vocabulary. Corporations dependant on wars are respectable enterprises, their CEOs are highly regarded and lucratively rewarded.

A report by the National Priorities Project at the Institute for Policy Studies, found that the US government has spent $21 trillion on war and militarization both inside the U.S. and around the world over the past 20 years. That's roughly the size of the entire U.S. economy.  US politicians have written blank checks for militarism year after year, yet they've said the State cannot afford the social spending  to address the most urgent issues facing U.S. families and their communities.  It might seem logical to end the money invested in the military-industrial complex and its ever more expensive weaponry but it is an option capitalism never chooses.

America's leaders exploited the public's fears in the wake of 9/11 to justify wars that have killed and maimed millions of people who had nothing to do with those crimes.

Former Nuremberg prosecutor Ben Ferencz compared this in a speech  to the actions of the German Nazis he prosecuted at Nuremberg, who also justified their invasions of other countries as "preemptive first strikes."

"You cannot run a country as Hitler did, feeding them a pack of lies to frighten them that they're being threatened, so it's justified to kill people you don't even know," Ferencz continued. "It's not logical, it's not decent, it's not moral, and it's not helpful. When an unmanned bomber from a secret American airfield fires rockets into a little Pakistani or Afghan village and thereby kills or maims unknown numbers of innocent people, what is the effect of that? Every victim will hate America forever and will be willing to die killing as many Americans as possible. Where there is no court of justice, wild vengeance is the alternative." 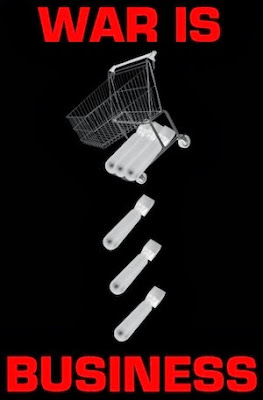 Defense stocks outperformed the stock market overall by nearly 60% during the Afghanistan war,

the American military relied to an unprecedented degree on private contractors for support in virtually all areas of war operations. Contractors supplied trucks, planes, fuel, helicopters, ships, drones, weapons and munitions as well as support services from catering and construction to IT and logistics. The number of contractors on the ground outnumbered US troops most years of the conflicts.

By the summer of 2020, the US had 22,562 contractor personnel in Afghanistan – roughly twice the number of American troops.