The Despoliation of the Soil 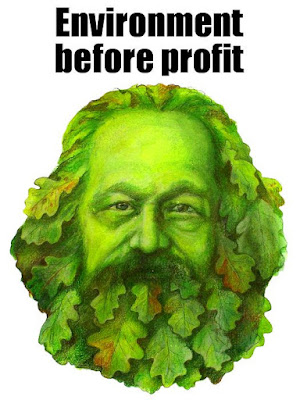 Desertification is a growing problem. The threat of desertification and land degradation will increase as the climate crisis progresses. A 2018 report found that land degradation already affects the well-being of at least 3.2 billion people – more than a third of humanity. Rising temperatures are already predicted to reduce yields of staple crops such as wheat, rice, maize and soya beans. According to a 2015 UN report we are on track to degrade another third of global farmland over the course of the present century.

How we treat the land – how we farm and ranch – matters too. Healthy, life-filled soils better retain the moisture that falls on farmers’ fields. How farmers treat their soil remains essentially unregulated in regard to soil health.

Farming practices that degrade the soil reduce the resilience of crops as worsening conditions affect harvests. Drylands in particular are sensitive to degradation from both tillage and overgrazing. If it continues, soil degradation will further increase the threat to agricultural production in regions that humanity depends on for food.

It’s clear that desertification and soil degradation are not new problems. Both Marx and Engels drew attention to how the adoption of capitalist farming practices depletes soil organic matter and disrupt soil ecosystems, leaving farmers around the world increasingly reliant on huge amounts of chemical fertilisers and pesticides.

We need to reorient agriculture around farming and grazing practices that regenerate soil health.

In their writings Marx and Engels understood the necessity of retaining the fecundity of the land from the studies of biologist Justus von Liebig.

Marx noted long ago, "The property in the soil is the original source of all wealth"
Capital Volume One may have been an economics textbook but it was also concerned about ecology.
Marx says:
“All progress in capitalist agriculture, is not only a process in robbing the labourer but robbing the soil. All progress in increasing the fertility of the soil for a given time, is a progress towards ruining the last sources of that fertility. The more a country develops its foundations of modern industry, the more the rapid is this process of destruction. Capitalist production therefore develops technology, and the combining together of various processes into a social whole, only by sapping the original sources of all wealth, the soil and the labourer.” He writes "Large-scale industry and industrially pursued large-scale agriculture have the same effect. If they are originally distinguished by the fact that the former lays waste and ruins labour-power and thus the natural power of man, whereas the latter does the same to the natural power of the soil, they link up in the later course of development, since the industrial system applied to agriculture also enervates the workers there, while industry and trade for their part provide agriculture with the means of exhausting the soil."
Marx talks about the sewage and pollution of London and the inability of capitalism to transform this into fertiliser.
In Volume Three of Capital Marx explains:
“In London...they can do nothing better with the excrement (what at the time was called night-soil) produced by 4.5 million people than pollute the Thames with it, at monstrous expense"
Marx promoted re-cycling rather than soil nutrients (nitrogen, phosphorus, and potassium) being transported thousands of miles to the cities.
His collaborator, Frederick Engels, wrote in The Housing Question:
"From day to day it is becoming more and more a practical demand of both industrial and agricultural production. No one has demanded this more energetically than Liebig in his writings on the chemistry of agriculture, in which his first demand has always been that man shall give back to the land what he receives from it..."
Elsewhere Engels proposes;
“The present poisoning of the air, water and land can only be put an end to by the fusion of town and country…Only a society which makes possible the harmonious co-operation of its productive forces on the basis of one single vast plan can allow industry to settle in whatever form of distribution over the whole country is best adapted to its own development and the maintenance of development of the other elements of production.”
Unlike the ecology experts of today, Marx and Engels identified the culprits.
“Let us not, however, flatter ourselves overmuch on account of our human victories over nature. For each victory nature takes its revenge on us. Each victory, it is true, in the first place brings about the results we expected, but in the second and third places it has quite different, unforeseen effects which only too often cancel out the first. The people who, in Mesopotamia, Greece, Asia Minor and elsewhere, destroyed forests to obtain cultivable land, never dreamed that by removing along with the forests the collecting centers and reservoirs of moisture they were laying the basis for the present forlorn state of those countries. When the Italians of the Alps used up the pine forests on the southern slopes, so carefully cherished on the northern slopes, they had no inkling that by doing so they were thereby depriving their mountain springs of water for the greater part of the year, making possible for them to pour still more furious torrents on the plains during the rainy season...Thus at every step we are reminded that we by no means rule over nature like a conqueror over a foreign people, like someone standing outside of nature—but that we, with flesh, blood and brain, belong to nature, exist in its midst, and that all our mastery of it consists in the fact that we have the advantage of all other creatures of being able to learn its laws and apply them correctly...”
“...As individual capitalists are engaged in production and exchange for the sake of the immediate profit, only the nearest, most immediate results must first be taken into account. As long as the individual manufacturer or merchant sells a manufactured or purchased commodity with the usual coveted profit, he is satisfied and does not concern himself with what afterwards becomes of the commodity and its purchasers. The same thing applies to the natural effects of the same actions. What cared the Spanish planters in Cuba, who burned down forests on the slopes of the mountains and obtained from the ashes sufficient fertilizer for one generation of very highly profitable coffee trees—what cared they that the heavy tropical rainfall afterwards washed away the unprotected upper stratum of the soil, leaving behind only bare rock! In relation to nature, as to society, the present mode of production is predominantly concerned only about the immediate, the most tangible result.” - Engels (The Part Played by Labour in the Transition from Ape to Man)
Posted by ajohnstone at 12:23 am