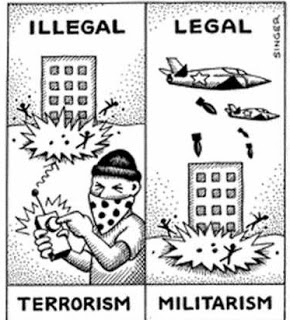 The group noted that "the gap between these two figures reflects the many unknowns when it comes to civilian harm in war. Belligerents rarely track the effects of their own actions—and even then do so poorly," researchers wrote. "It is left to local communities, civil society, and international agencies to count the costs."

The Pentagon has declared a minimum of 91,340 airstrikes in Afghanistan, Iraq, Libya, Pakistan, Somalia, Syria, and Yemen. But it does not include the number of air attacks by its allies in NATO.

Joe Dyke, investigator at Airwars, explained that "For much of the last 20 years people living in Washington or New York could have been forgiven for forgetting their country was at war. Whether a drone strike in a Yemeni village or a military base in rural Afghanistan, it often felt far removed—almost another world—but that isn't how it felt for those millions of people living in those conflicts."

US Airstrikes Have Killed Up to 48,000 Civilians Since 9/11: Analysis | Common Dreams News