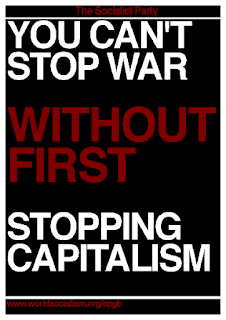 Up to half of the estimated $14 trillion that the Pentagon has spent in the two decades since the U.S. invasion of Afghanistan has gone to private military contractors, with Lockheed Martin, Raytheon, Boeing, and General Dynamics receiving much of the money.

That's according to a new paper (pdf) authored by William Hartung—director of the Arms and Security Program at the Center for International Policy.

According to Hartung's analysis, from "one-third to one-half" of the Pentagon's $14 trillion in spending since the U.S. invasion of Afghanistan on October 2001 went to defense contractors, which spend heavily on government lobbying.

"A large portion of these contracts—one-quarter to one-third of all Pentagon contracts in recent years—have gone to just five major corporations: Lockheed Martin, Boeing, General Dynamics, Raytheon, and Northrop Grumman," Hartung writes. "The $75 billion in Pentagon contracts received by Lockheed Martin in fiscal year 2020 is well over one and one-half times the entire budget for the State Department and Agency for International Development for that year, which totaled $44 billion."

Those five corporations are far from the only companies that profited from the increase in U.S. Defense Department outlays following the Afghanistan invasion. numerous other firms—including Erik Prince's since-rebranded Blackwater, the Dick Cheney-tied company Halliburton, and DynCorp—benefited handsomely from the Pentagon spending.

Hartung argues that the Pentagon's growing reliance on private contractors to carry out U.S. foreign policy in the aftermath of the 9/11 attacks "raises multiple questions of accountability, transparency, and effectiveness."

"This is problematic because privatizing key functions can reduce the U.S. military's control of activities that occur in war zones while increasing risks of waste, fraud, and abuse," he writes. "Additionally, that the waging of war is a source of profits can contradict the goal of having the U.S. lead with diplomacy in seeking to resolve conflicts."

"Reducing the profits of war ultimately depends on reducing the resort to war in the first place," Hartung writes. "Likewise, making war less profitable decreases the incentive to go to war..."