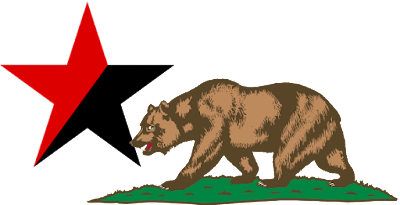 The Socialism Or Your Money Back blog is very well aware that we do not possess a monopoly on truth. It has often used sources other than the World Socialist Movement if they presented a supporting case for our socialist ideas. We know many non-members share many of our views and we do not expect them to reflect 100%. Differences in positions will occur even when principles are aligned.

On our constant cyber travels, SOYMB blog has encountered other blogs that are worthy of mention and offer invaluable insights.

This anarchist blog is commendable

This blog-post, in particular, is recommended reading, an appetising  taste offered by this extract:

“...Capitalism is quite literally “rule by capital,” and renders the vast majority of humanity slaves to a machine that only serves itself. As a result, rule of Law is a lie under Capitalism – laws only apply to the working class. Even in those rare cases where the crimes of the capitalist class are so egregious that they cannot be ignored by the State, the penalty is rarely more than a fine – and usually a fine far smaller than the profits of the crime. Individual capitalists are virtually never held accountable.

This article could go on forever. Every aspect of the Capitalist system is designed to bring out the worst in humanity. It is a system designed by sociopaths that breeds sociopaths and normalizes their behavior. It must be utterly destroyed for any of us to have a future…”

But, as already been mentioned as an important caveat, there are topics where this blog and Bear’s diverge.

For instance, on his sympathetic impression of Scottish nationalism which indeed welcomes its non-native born residents as full members of society but its separatist driving force can be traced to the belief that Scotland’s potential wealth is being diverted to subsidise poorer regions of the UK, a motivation shared Catalonia’s campaign for independence.

Fundamentally it is sectionalism and not internationalism.

Posted by ajohnstone at 2:27 am