A feeling of being away from industrial pollution has encouraged a sense that climate change is not an urgent and crucial issue for New Zealanders. How wrong that it is not a priority.

New Zealand has recorded its warmest ever winter, and scientists say that climate change is driving temperatures ever higher.

Snowfall at lower elevations was well below average this winter as it was often replaced with rain, which could make for lower river levels later in the year because there would be less snowmelt. That could impact irrigation for farms.

There were also more extreme weather events, Fedaeff said, including severe flooding in some places and dry spells in others.

Prof James Renwick, a climate scientist at the Victoria University of Wellington, said the changes were also putting pressure on natural ecosystems and that over time more species would face extinction. It was imperative for humans to slow the rate of greenhouse gas emissions.

“If we don’t get on top of warming soon, there is going to be grief for large sections of the world.”

Prof. Renwick said New Zealand had talked a lot about climate change but had so far done little to curb its emissions. He said there were plenty of natural resources like wind, sun and water that could provide renewable power for the nation’s energy needs.

“New Zealand could become world-leading in green energy and a green economy.”

New Zealand records its warmest ever winter with average temperature of 9.8C | New Zealand | The Guardian

Why not investigate the World Socialist Party (New Zealand), a global party for the elimination of global problems. 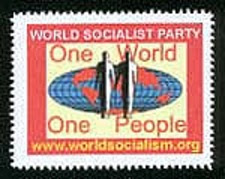