The cost of US wars in lives and dollars 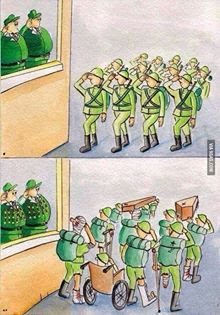 According to Brown University's Costs of War Project, which has been releasing reports on the financial and human costs of the post-9/11 wars at regular intervals since 2010, the total cost of the war and military operations in Afghanistan, Iraq, Syria, Yemen, Somalia, Pakistan, and elsewhere over the last two decades have directly killed at least 897,000 to 929,000 people—an estimate the researchers say is conservative.

The financial cost for the United States will ultimately be upwards of $8 trillion.

According to another report, State of Insecurity: The Cost of Militarization Since 9/11 (pdf), released by the National Priorities Project in the 20 years since the September 11 attacks, the United States government has spent more than $21 trillion at home and overseas on militaristic policies that led to the creation of a vast surveillance apparatus, worsened mass incarceration, intensified the war on immigrant communities, and caused incalculable human suffering in Afghanistan, Iraq, Yemen, Libya, Somalia, and elsewhere.
The National Priorities Project (NPP), an initiative of the Institute for Policy Studies, estimates that of the $21 trillion the U.S. invested in "foreign and domestic militarization" in the aftermath of September 11, 2001,

According to the report, it would have cost far less than $21 trillion for the U.S. to make major investments in climate action and other key global and domestic priorities. As the analysis notes: