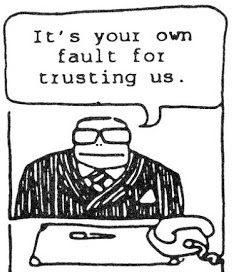 Sneek is a digital surveillance platform that every minute or so would capture a live photo of home-workers via their company laptop webcams. The ever-changing headshots were splayed across the wall of a digital conference waiting room that everyone on the team could see. Clicking on a colleague’s face would unilaterally pull them into a video call. If you caught someone not working as he or she should be, you could forward the offending image to a team chat via Sneek’s integration with the messaging platform Slack.

Sneek co-founder Del Currie, the software is meant to replicate the office. “We know lots of people will find it an invasion of privacy, we 100% get that..."

It is part of a wide-scale boom in worker surveillance known as “tattleware” or “bossware” and one that’s poised to become a standard feature of life on the job.

“There’s no real sign of this trend slowing down,” says Juan Carloz, a digital researcher and privacy advocate with the University of Melbourne. “No sign of legislative change in any jurisdiction I can name, and no sign of pushback from employees, even when they’re aware of it happening.”

If an employee uses a spy-enabled, work-sponsored computer outside of hours, their employer could easily access their personal data, down to internet banking passwords and Facebook messages.

In April last year, Google queries for “remote monitoring” were up 212% year-on-year; by April this year, they’d continued to surge by another 243%.

ActivTrak, Time Doctor, Teramind, and Hubstaff have all seen similar growth from prospective customers. FlexiSpy offers call-tapping; Spytech, which is known for mobile device access; and NetVizor, which has a remote takeover feature.

In April 2020, Zoom quickly backtracked on a short-lived “attention tracking” setting, which alerted a call host when a participant was focused away from the meeting for more than 30 seconds. And in December, Microsoft bowed to tech experts’ outcry over the release of a “productivity score” feature for its 365 suite, which rated individuals on criteria that included email use and network connectivity; the tool no longer identifies users by name.

Elizabeth Lyons, an associate professor of management at the University of California San Diego, suggests that “In other studies we’ve looked at, the workers were essentially saying, ‘If the manager is going to watch everything I do, then I’m not going to do anything above and beyond what they expect of me,’”