Biden Lies to the UN 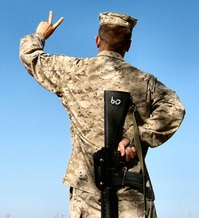 At the General Assembly of the United Nations Biden concluded his speech by boldly declaring that "I stand here today — for the first time in 20 years the United States is not at war."

He either has forgotten or ignores US combat troops in Iraq, Syria, and Africa.

2,500 in Iraq, 900 in Syria and an undisclosed number of special forces in various African countries. A recent air attack was carried out in Somalia in July.

Then there are  2,976 United States military personnel in Jordan, 2,742 in Saudi Arabia, and 83 in Lebanon for the purposes of counterterrorism.

Biden Said the US Is 'Not at War' Anymore (businessinsider.com)