Algeria has for decades been ruled by perhaps a dozen or so shadowy rival networks of military and intelligence officials, leaders of the dominating National Liberation Front (FLN) party, business people, and regional leaders. They are collectively known by Algerians and Algeria specialists as le pouvoir – the power.

“You have the army, the old guard and there’s the new guard,” says Tarek Cherkaoui, a North Africa specialist at the TRT World Research Centre, a think tank associated with Turkey’s public broadcaster. “Then you have the old FLN, and offshoot organisations, a lot of businesspeople. They marry each other. They have social relationships. They go to the same clubs, live in the same compounds.”
Inside the halls of power, Algeria’s various factions are in deep discussions about what steps to take to keep peace within the regime and satisfy protesters’ demands for change. Within le pouvoir, discussions are focused on propping up a transitional figure, a former head of state or cabinet minister, who is enough of an outsider to calm protesters, but enough of an insider to remain credible to the establishment.
“The pouvoir don’t want a completely independent figure,” says Keren Uziyel, a North Africa analyst of The Economist’s Intelligence Unit. “They want someone who can be influenced by them.”
“People are determined to take to the streets until substantial results are reached,” a journalist in Algiers tells The Independent. “Some are happy, but most of the people are suspicious and not really confident about the application of the law and what will come after it.”
What’s happening now is an Algerian regime in transformation, with everything in flux. For now, the people are the most influential players, but the generals are attempting to take control.
“The public has the upper hand; all the others are trying to adapt and understand,” says Mohammed Affan, an expert on Arab politics and North Africa. “But a new transitional change is emerging. During this phase, the public will lose part of its influence to more organised forces – the state forces and the opposition parties.”
Affan says the dangers for Algeria remain high. All the likely factors for a forceful response by the military are present in Algeria, including a past history of intervention in politics, a weak and divided civilian political scene, large numbers of officers involved in politics, and military officials with huge economic interests.
“The protesters are up against the Bouteflika system, the oligarchs that have been created by Bouteflika,” said Hacine Haroune, a former Algerian secret services official now living in the UK.. “The revenues since he came to power are more than a trillion dollars. But he didn’t construct even a single hospital where he could treat himself.” 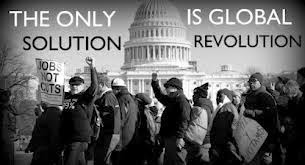