Automated to the unemployment lines 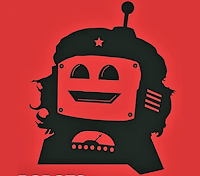 About 1.5 million workers in Britain are at high risk of losing their jobs to automation, according to government estimates, with women and those in part-time work most affected. “The analysis showed a higher proportion of roles currently filled by women are at risk of automation; in 2017, 70.2% of high-risk jobs were held by women.”

Supermarket checkout assistants have already borne the brunt of the phenomenon, the Office for National Statistics found, with 25.3% of jobs disappearing between 2011 and 2017. Other jobs where automation has taken its toll include laundry workers, farm workers and tyre fitters, among which numbers have dropped by 15% or more, said the ONS, as machines have replaced labour.