More than 3,500 bankers in the UK are paid more than €1m (£850,000) a year, according to pay and bonus details published by the European Banking Authority.


The EBA’s latest report on high earners shows 3,567 UK-based bankers collected more than €1m in 2017. Their average pay, skewed by huge payouts at the top, was €2m, and together they took home nearly €10bn.


Thirty bankers were paid more than €10m each. One asset manager collected €40.9m, of which their bonus alone was €38.3m.


That works out as 1,220 times the median average salary of a full-time worker in the UK, or more than 2,000 times the amount paid to a newly qualified nurse.
Among the highest-paid bankers over recent years has been Richard Woolnough, a fund manager who heads M&G Prudential’s Optimal Income fund, in which millions of people’s pension savings are invested. Woolnough earned £17.5m in 2013 and £15.3m in 2014. In 2016 and 2017 the highest-paid Prudential employee was not named, but they earned £9.3m and £11.8m respectively – millions more than the company’s chief executive.


The UK was home to 73% of all millionaire bankers across Europe. Across Europe, 4,859 bankers were paid more than €1m in 2017, an 42% increase on 2010.
The highest-paid bank chief executive in the UK was António Horta-Osório, the chief executive of Lloyds, who was awarded an 11% increase to £6.42m. John Flint, the chief executive of HSBC, was paid £4.6m.
The number of €1m-plus bankers in the UK increased by 38 from 3,529 a year earlier, despite warnings from politicians and global bank bosses that Brexit would lead to many highly paid roles moving to Europe.
There are nine times more millionaire bankers in the UK than in Germany, and 15 times more than in France. Frankfurt and Paris are vying to replace London as Europe’s financial capital after Brexit. The highest-paid bankers in Germany and France took home €8.7m and €11.5m respectively.
Luke Hildyard, the director of the High Pay Centre, stated, “Much of the revenue used to pay these rather vulgar sums of money comes from leaching wealth off the real economy rather than creating it.”
https://www.theguardian.com/business/2019/mar/11/bankers-pay-uk-european-banking-authority-report 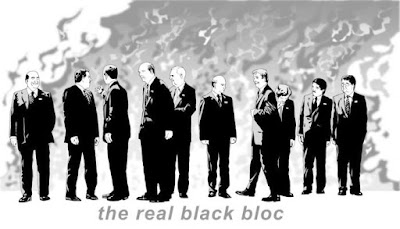 Posted by ajohnstone at 8:46 pm