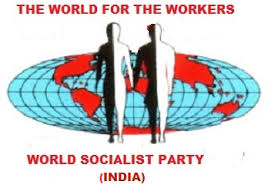 The Bangladesh Accord enforcement system is run by a transnational team of labor auditors, union and worker advocates and has directed the inspection of about 2,000 factories and identified tens of thousands of hazards, from faulty wiring to foundering building structures. The Accord began was born in the wake of the 2013 collapse of Rana Plaza, Bangladesh's worst modern-day industrial disaster. Following the preventable deaths of more than 1,100 workers, the industry channeled its public shame into a legally binding global compact to make work safer for workers in Bangladesh factories. Both international human rights groups and local unions and worker advocates have been involved with the development and en­­forcement process, as well as generally ensuring that the Accord provides a platform for workers' self-advocacy on occupational safety issues. For several years reforming sweatshops has slowly plodded ahead.
Today, however, the Accord is dangling by a thread.
The Bangladesh government ordered the Accord, which was recently renewed with many newly negotiated enhancements, to cease operating through its Dhaka office at the end of last November, while severely restricting the Accord’s staff from conducting basic regulatory functions, including citing safety violations and sanctioning employers who retaliate against whistleblowers who report hazardous conditions. The program is currently ensnared in a legal impasse with the government and owners under a restraining order from the High Court, pending further court proceedings.
Although the transition plan provides for the transfer of duties to the Bangladesh Remediation Coordination Cell of the Department of Inspections for Factories and Establishments (RCC-DIFE), the Accord’s international staff sees the new authority as a vehicle for corporate capture of the regulatory apparatus. The Accord Steering Committee stated in mid-February that “the RCC-DIFE remains at its earliest stages of development and is not yet prepared to adequately regulate building and occupational safety and health at its current base of ready-made garment factories.”
Liana Foxvog of the U.S.-based advocacy group International Labor Rights Forum, told In These Times, “The highly obstructive constraints that the government is attempting to impose would strip the globally-respected safety initiative of its ability to operate independently of government and employer control.”
In other words, the main purpose of absorbing the accord into a business-friendly regulatory regime is to unravel the Accord’s standards and autonomy.
“The Accord inspection programs are ongoing and have not yet completed their purpose. ... It is important both for the safety of workers and the benefit of the industry that the Accord is allowed to continue to function to ensure the factories are safe to work in,” said Amin Amirul Haque, a leader of one of the union signatories of the Accord, the National Garment Workers Federation.
The garment workforce in Bangladesh may have seen meaningful improvements in hundreds of factories, but the Accord covers just a fraction of the several thousand supplier factories in Bangladesh, including many that feed into the massive stream of apparel exports that flood Western retail markets.  Many local factories have participated in a controversial corporate-friendly alternative to the Accord known as the Alliance for Bangladesh Worker Safety, pushed by Gap and other brands.
Garrett Brown, an industrial hygienist who has assisted with the Accord's local safety-training programs, explained that  the takeover by the Bangladesh government will undo past progress “for the same reasons that were problems before Rana Plaza, which is that the government is heavily influenced by the garment industry and doesn't want to do anything that would reduce exports.” There is a tension between local suppliers, who are subjected to the rigors of the regulatory process and responsible for making required retrofits, and the brands that use the Accord to hold suppliers accountable—reflecting the growing sensitivity of Western brands over the disturbing pattern of labor abuses overseas.
For Bangladeshi factory owners the short-term interest in maximizing profit seems to outweigh the social dividend of safeguarding workers’ lives. An abrupt end to the Accord could stifle Bangladesh’s already embattled labor movement. Despite general hostility toward labor activism by bosses and the government, with frequent crackdowns on strikes and union organizing efforts, the Accord encouraged the formation of autono­­mous worker safety committees, which have provided a rare source of legal leverage on major issues of worker safety.

Kalpona Akter of the Bangladesh Center for Workers’ Solidarity, which has long campaigned for reforms in the global supply chain, stated, “We need the Accord to continue to work. It has made enormous change and made our workers’ lives safer. Now workers have right to say NO to dangerous work. If the Accord would have to leave the country it would mean putting workers lives in danger again and we should not take this risk.”