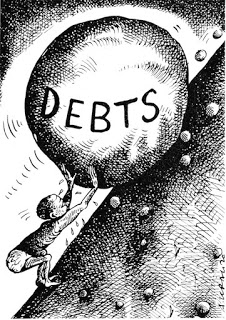 British households have spent more than they received for an unprecedented nine consecutive quarters amid a longer squeeze on real incomes, according to official figures.


Households across the country have been net borrowers in every quarter between October 2016 – when living costs started to rise after the Brexit vote – and December 2018. The Office for National Statistics said the run of nine quarters was unprecedented on comparable records dating back to 1987.
Household finances had been under pressure since before the EU referendum amid sluggish wage growth since the 2008 financial crisis, while cuts to benefits imposed under austerity have also damaged incomes. Average real wages remain below the peak recorded in 2007.
The ONS said there had been a noticeable hit to family finances in the wake of the Brexit vote, when the sudden drop in the value of the pound drove up the price of imports to Britain, pushing up inflation.
“This in part reflects the effect of a squeeze in purchasing power from higher import inflation following the fall in the exchange rate after the referendum on membership of the EU,” the ONS said.
https://www.theguardian.com/business/2019/mar/29/uk-households-spend-above-their-income-for-longest-period-since-1980s