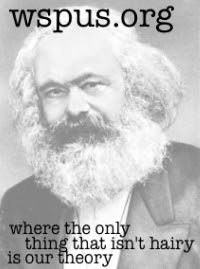 On February 5 our great flag-hugging president Donald Trump stood before Congress and delivered his State of the Union Address. Among other things he said:


"Here, in the United States, we are alarmed by new calls to adopt socialism in our country. America was founded on liberty and independence — not government coercion, domination, and control. We are born free, and we will stay free. Tonight, we renew our resolve that America will never be a socialist country."


Standing behind him, Ms. Nancy Pelosi, speaker of the House of Representatives and a Democrat, nodded vigorously in approval as he said this. President Trump was expressing a bipartisan consensus shared by most Democrats as well as Republicans.


How would a socialist respond to this, if given the chance?


Was America founded on liberty and independence?


Very well, America was founded on liberty and independence. But whose liberty to do what? And whose independence from who?


The United States was founded by free English colonists who sought independence from the British crown and certain liberties or rights (such as the right not to be taxed without representation and the right to trial by jury). In other respects, however, full liberty and independence were enjoyed only by the wealthiest of the colonists. Then as now, many Americans were dependent for their livelihood on employers. Debtors were dependent on their creditors.


What liberty or independence did the black slaves have? Or the white indentured servants, who paid for their passage across the Atlantic with seven years’ labor under conditions so harsh that they might or might not survive? Or the native people in the areas occupied or coveted by the colonists? After all, George Washington’s Revolutionary Army fought not only to free the colonists from British rule but also to conquer the tribal lands of the Iroquois League and Ohio Union. [See Barbara Alice Mann, George Washington’s War on Native America (University of Nebraska Press, 2009).]


Are we free today?


How free are Americans today? Perhaps, as President Trump claims, we are all ‘born free.’ But as Jean-Jacques Rousseau observed: ‘Man is born free, and everywhere he is in chains.’


Slavery has been officially abolished, but many people still live in conditions not far removed from slavery: 2,300,000 in jails and prisons, others forcibly confined and drugged in mental hospitals, victims of human trafficking, illegal immigrants held at the mercy of their employers and working for very little or even nothing.


The majority of the population – those of us who have to sell our ability to work in order to earn a living – can count ourselves at best partially free. How free are you if for at least 40 hours a week, or double that if you work two jobs, you are controlled by a manager or supervisor and ultimately by a boss? How free do you feel?


Only those whose wealth and property income enable them to live in comfort without working for a boss can be considered truly free. President Trump, whose net worth is estimated at $3.1 billion, certainly falls into this category, as do Ms. Pelosi and the other 50 or so members of the congress addressed by President Trump who own assets of $10 million or more. President Trump’s meaning becomes much clearer when we realize that by ‘we’ he has in mind, mainly if not exclusively, he and his fellow capitalists.


When is ‘government coercion, domination, and control’ bad?


President Trump’s denunciation of ‘government coercion, domination, and control’ seems to be at odds with the real policy of his government. Are we really expected to believe that the current US government never coerces, dominates, or controls, either at home or abroad? For example, when it imposes sanctions on Venezuela and freezes its assets in order to create a crisis that can serve as a pretext to bomb and invade that country and seize its oil and other resources, surely that has something to do with ‘government coercion, domination, and control’?


By contrast, should a government agency try to stop a corporation dumping poisonous or flammable waste into the public water supply, thereby encroaching upon its ‘liberty and independence,’ that is a flagrant exercise of ‘government coercion, domination, and control’ – of capitalists. We may rest assured, of course, that no abuse of this sort will occur while the agency is headed by a Trump appointee.


What ‘calls to adopt socialism’ is President Trump talking about? Is it the World Socialist Movement that ‘alarms’ him? I suspect not. Our movement is not yet large enough to give him cause for alarm. He and his colleagues are probably discomforted by the fact that they now have ‘socialists’ sitting among them in Congress. Exactly how many ‘socialists’ is unclear. Only a handful of congresspeople openly call themselves ‘socialists.’ However, according to McCarthyite sources many more are closet socialists. One especially vigilant commentator claims that all 81 members of the Congressional Progressive Caucus are ‘socialists,’ ‘progressive’ supposedly being a codeword for ‘socialist.’ The uncertainty must be nerve-wracking for right-thinking congresspeople, who must worry about inadvertently smiling at a ‘socialist’ or even, God forbid, shaking hands with one.


True, there is nothing new about having even an avowed ‘socialist’ in Congress: Bernie Sanders has been there since 2007. But they may have found it easier to tolerate a lone socialist. And an avuncular and urbane figure like Bernie presumably disturbs them less than the new crop of impertinent and combative young women, some of them with almost unpronounceable foreign names like Tlaib and Ocasio-Cortez.


I am inclined to reassure President Trump that his alarm is premature. The ‘socialism’ of these ‘progressive Democrats’ is not of the full-bloodied kind, entailing the dispossession of the capitalists and the transfer of their productive assets to common ownership and democratic control. Their ‘socialism’ is of the milk-and-water variety – the ‘socialism’ advocated by groups like the Democratic Socialists of America, with which quite a few of the ‘progressive Democrats’ appear to be affiliated.


It would be more accurate to call such ‘socialists’ social reformers. They accept world capitalism, with its world market and great power competition, as givens. They never even talk (at least in public) about replacing it with a new system. Their ideal is capitalism on the West European and especially Scandinavian model. They seek merely to regulate the worst abuses – destabilizing financial speculation, for example — and implement programs like ‘Medicare for All’ and a ‘Green New Deal.’ The most far-sighted capitalists recognize that such reforms would make the capitalist system more stable and sustainable.


The trouble is that American capitalists, unlike their West European counterparts, have never had to accustom themselves to the presence of moderate ‘socialists’ in government (arguably with the exception of a few years in the 1930s under President Franklin Delano Roosevelt). They have not learned how to tame, manipulate, and work with such people. Especially in recent decades, with neo-liberalism in the ascendant, they have grown used to having everything their own way. The prospect that soon they may have to make a few compromises comes as a shock to them.


Nevertheless, the capitalist system has repeatedly shown itself quite capable of coopting and absorbing ‘progressive’ social reformers. Will today’s social reformers prove an exception? We shall see. 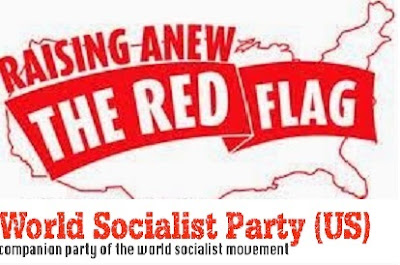