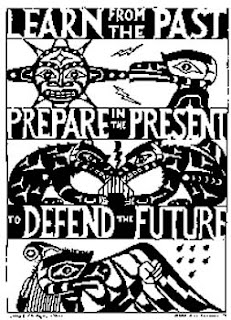 The threat of a global ecological crisis hangs over humanity like the sword of Damocles. Despite concerns about what the next generations may inherit and the extent that global warming might affect then, children has been largely absent from the discussions. The worldwide movement fighting for a more ecologically sustainable world has travelled a long way. With few exceptions, debates about climate change has seem to take place in a world without children. This has now all changed with the arrival of Extinction Rebellion in the UK, Sunrise in the USA and a series of world-wide walk-outs of school students from their classes inspired by the sentiments expressed by 16-year-old Greta Thunberg who threw down the gauntlet on behalf of the youth concerned about their future.


Socialist ideas are crucial in this situation. We know very well what we’re fighting for. Capitalism is based on private property, of a small class of people "owning" the Earth for the purpose of exploiting it for profit. This system cannot be reformed. It is based on the destruction of the earth and the exploitation of the people. There is no such thing as green capitalism, and marketing recycled products and banning plastic bags will not bring back the ecosystems that capitalism has destroyed to make its profits. This is why serious ecologists must be socialists. Socialism is not about redistributing the spoils of a raped planet more evenly and ending gluttonous consumerism but is all about a more efficient and egalitarian way to produce and distribute the natural and man-made wealth. One of the basic principles of socialism is production for use, not for profit, that would not destroy the earth. Socialism means organising human societies in a benign manner that is compatible with the way that nature is organised. Modern society robs us of community with one another and distances us from nature. We are taught to emulate our masters and fill our homes with consumer goods beyond what’s needed for comfort or even what we crave.


A serious critique of capitalism is essential to adequately address the current world environmental crisis. Such concepts such as “degrowth” and "carrying capacity" are clearly conceived in their capitalist economic context. Too often blame for environmental destruction is placed on the backs of individuals and their personal consumption habit and we are exalted to "reduce, reuse, recycle, repair.” Eco-warriors demand that we change our lifestyles and that we decrease our consumption as if capitalist austerity policies have not done just that. The Socialist Party, instead, puts forth a credible vision of abundance. It advocates a society consistent with ecology that is sustainable, controlled from the bottom up, without a profit-oriented economy that necessitates exploitation of nature and people, that produces what people need. Without profit-seeking corporations or bureaucracies ruling in their own interest and with democratic control of economic activity we could realise the potential to recognise and stay within the limits of the ecological carrying capacity of the earth. In modern society, even with appropriate forms of technology, such as wind and solar for energy, the need for industry cannot be simply wished away. Furthermore, certain industries require centralisation for efficiency, and economy of scale actually may reduce environmental impact in many of these cases. Take for example transport: Each town cannot have its own factory to produce trains and trams.


While an ecological oriented society seeks sustainability, the capitalist economy needs growth. This growth can be achieved by producing more of the same things, or by making existing products bigger, more complicated or with more elaborate different packaging, inventing new ways of turning natural conditions into resources for exploitation, by finding technical means for making more and more of our lives marketable, and by investing great effort into creating new needs for consumption. Poor countries are convinced or coerced into allowing toxic dumping on their land, the plundering of their soils and sacrificing their forests to ‘development’ which permits environmental degradation as a lesser evil. Greed, poverty and ignorance are not independent factors but enacted in the name of practicality.


Unfortunately, there are misguided individuals in some parts of the environmental movement today who claim that the root cause of environmental problems is population growth which is troubling. While population growth rates have slowed in many countries, environmental conditions continue to get worse. Reducing population growth alone will not solve global environmental problems. When women’s quality of life improves through increased economic opportunities, better and more comprehensive health care services, and access to education and political participation, population growth rates go down. Once people have a basic level of material security they become infinitely more productive and enrich their own societies. It is quite feasible, materially speaking, to establish a universal welfare threshold for everyone on earth – not as charity but as a right, simply by virtue of the fact of being human. The world has never been so rich, and we have all the organisational and technological skills needed, plus the capacity to monitor distribution in order to prevent unnecessary waste. In other words, there are no excuses for not changing the world.


Today’s transnationals are beyond the control of any national government. In fact, governments are in the service of the corporations, its military poised to defend their profits around the world. The only rational way of understanding this process is that it is driven by rampant accumulation of capital, inherent in the capitalist system which does not simply exploit labour but exploits nature as well.


Our goal in the Socialist Party from the beginning has been to promote the vision of socialism when the need for a socialist movement has never been greater. We have urged our fellow-workers to become active participants in the struggle to build a world free of exploitation. This system cannot be stopped by force. It is violent and ruthless beyond the capacity of any people’s resistance movement. The Socialist Party acknowledges the inevitability of human action to change nature, but it recognises that this interaction must be based on a rational informed, scientific and democratic discussion of its consequences. It is not less human intervention we need, but more intervention that enables people to consciously control their own destinies on a world scale, instead of leaving it to the blind workings of market forces.