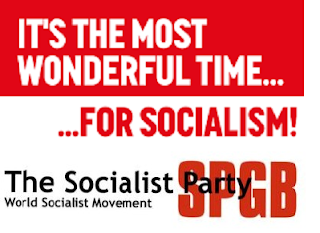 Children’s future is in jeopardy. Inaction is not a choice. Schematic economic transformation is essential but still not underway. Extinction Rebellion, Sunrise Movement and the school strikes they inspired deserve our gratitude for focusing us all on the climate change crisis but even they do not quite appreciate the magnitude of social change required to halt global warming. Legislation proposals such as the Green New Deal in America, even if enacted, merely tinkers with the causes of the environmental threat we all face.
The fossil fuel lobby will always have more money than the young environmental activists but it is those school students who are succeeding in bring the message home to their communities. Anybody with a clear view of the status quo understands the horror of the destruction of our planet that confronts us and the shameful neglect by politicians and their procrastination of any policy of serious intent. The politicians have failed us but we should not be at all surprised by that fact since they are bought and paid for by Big Business interests. That is not to say that they don’t sometimes say something that is relevant, only that they can’t be trusted not to lie on behalf of the capitalists, as they are the top priority.


Too many people seem blithely unaware of the extent to which we are lied to and misled. The media consciously manipulates the public to get people to think and believe what the ruling class wants them to – presenting an illusion which ends up supporting and enabling the robbing, raping and ravaging of the world. Those who support business-as-usual and choose to do nothing are complicit in the crimes against humanity that the capitalists commit. You cannot call yourself ‘progressive’ if you have propped up the status quo and worked against any meaningful change. Holding some liberal values doesn’t make up for it. The lesser evil is still evil. Anyone who doesn’t understand that by now, understands very little.
We are told by the politicians to accept government policies which might hurt and harm us in the short term, but it is the road to the ‘promised land’. Some people would rather possess false hope than see the ugly truth. The billionaires at the top don’t care about us and we are mere pawns to them, always to be manipulated and preyed upon. They are the predator master class.


Now is the time to get serious about real change because humanity itself is at stake. The fight will be won or lost in the hearts and minds of working people and the resolve shown to making the socialism a reality and create a just and equitable future for all. The type of society we live in has a huge bearing on our happiness and well-being.
It’s time to bring desperately needed change to the world. It’s time to make a stand and no longer acquiesce. It is now time to stop making excuses for our apathy and indifference. If you really want a future with a viable sustainable eco-system, less violence, more peace, greater equality, less hate, and wish for better living standards, a friendlier and more supportive society with opportunity for all, what is needed is a social revolution. A world of hate, fear and loathing, a world of resentment and strife are not what people seek and not what they deserve.
It’s time to be radical and make the changes to our social system that are needed. No more patience or tolerance for those who stand in our way – whether it be through ignorance, misplaced loyalty, gullibility, malevolence or prejudice. They need to be defeated or left behind. It’s time to change our society. Don’t listen to the system’s defenders who tell you that the only thing that matters is electing another government to rule over us. We cannot saddled ourselves with the same old political and economic system.


We are almost out of time. It’s now time to perform the revolutionary act. Let us abolish capitalism and build socialism.