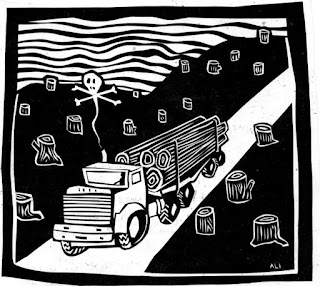 “I don’t want you to be hopeful. I want you to panic. I want you to feel the fear I feel every day. And then I want you to act.” said Greta Thunberg at the Davos billionaire gathering. “Some people, some companies, some decision-makers in particular, have known exactly what priceless values they have been sacrificing to continue making unimaginable amounts of money,” she concluded her speech by urging those present at Davos to “behave like our house is on fire, because it is.”
Greta has now tweeted that the school strike for the climate will take place in 1769 places in 112 countries around the world. “Everyone is welcome. Everyone is needed. Let’s change history. And let’s never stop for as long as it takes.”
At least 212 separate strikes have been registered for 15 March in France. In Italy, school students will protest at 208 locations, while 196 schools in Germany are expected to be affected. In the UK school students will strike at around 111 locations.


It is by no means unknown for a society to collapse for ecological reasons, which is to say, because it did not treat its environment with care. By ‘collapse’ here is meant a drastic reduction in living standards and population, not that everybody dies. The collapse of present-day society, then, might involve far fewer people surviving and at a far lower standard of living, but it would not result in the end of humanity and certainly not of the planet on which we live.


If the metal ores were owned and controlled by the community, which of us would truly be mad enough to squander them to make tanks and bombs to blow up innocent children on the other side of the planet because of the industrial need for oil? If we all owned the farms together, do you think we would decide it reasonable to produce food packed with artificial preservatives and colourings, or to condemn millions of children to starve? Wars are very well planned murders by those quite prepared to squander the planet’s population, clean air and topsoil to do the government’s bidding, and able at least during execution of the plan to tolerate gnawing sentiments that their behaviours may be morally reprehensible but extraordinarily rationalised as “in the national interest”.


No State is going to implement legislation which would penalise the competitiveness of its national enterprises in the face of foreign competition. States only take into account environmental questions if they can find an agreement at international level which will disadvantage none of them. But that’s the snag because competition for the appropriation of world profits is one of the bases of the present system. Attempts at international cooperation have already been made but no agreement to limit the activities of the multinationals in their relentless quest for profits is possible. Measures in favour of the environment come up against the interests of business and their shareholders because by increasing costs they decrease profits. Governments do not have a free hand to do what is sensible or desirable. They can only act within the narrow limits imposed by the profit-driven market system whose rules are “profits first” and “you can’t buck the market”.


The preservation of the environment is a social problem which requires humanity to establish a viable and stable relationship with the rest of nature. In practice, this implies a society which uses, as far as possible, renewable energy and raw material resources and which practices the recycling of non-renewable resources; a society which, once an appropriate balance with nature has been formed, will tend towards a stable level of production, indeed towards “zero growth”. This does not mean that changes are to be excluded on principle, but that any change will have to respect the environment by taking place at a pace to which nature can adapt. But the employment by capitalism of destructive methods of production has, over two centuries, upset the balance of nature.


Whether it is called “the market economy”, “economic liberalism”, “free enterprise” or any other euphemism, the social system under which we live is capitalism. Under this system the means of the production and distribution of social wealth – the means of society’s existence – are the exclusive property of a dominant parasitic minority – the holders of capital, or capitalist class – for whose benefit they are inevitably managed. Because by definition capitalism can only function in the interest of the capitalists, no palliative, no rearrangement, no measure, no reform can (nor ever will be able to) subordinate capitalist private property to the general interest.


Of course, capitalism has sooner or later to face up to the ecological problems caused by the search for profit, but only afterwards, after the damage has been done. But the ecologists, so critical of “liberal” capitalism, accept the economic dictatorship of the owning minority since they don’t understand the link that exists between the destruction of the environment and the private ownership of the means of production.


We appeal to all people, young and old, who understand the incompatibility of their interests with those of the capitalists, to all those who, concerned about the ceaseless attacks of which we are the victims and of the dangers to which the capitalists are exposing our planet, want not to patch up but to end existing society. We can only “cure the planet” by establishing a society without private productive property or profit where humans will be freed from the uncontrollable economic laws of the pursuit of profit and the accumulation of capital. In short, only a world socialist society, based on the common ownership and democratic control of natural resources, is compatible with production that respects the natural environment.


If social ills are always blamed on the capitalist system, our critics complain, then there is no room for intelligent discussion about the varied reforms, leaders, governments, nations or policies that appear to be meeting people’s needs in quite radically distinct ways around the globe or at different times in the same country.


However, what the socialist is attempting to demonstrate is that the varied threads of social experience are intimately woven together in such a manner that they constitute aspects of a vast system that operates by particular laws and so is incapable of adequate reform. To perceive such a web of interrelationships is not at all a bad case of oversimplification. Rather, it represents an attempt to understand social and economic phenomena, much as natural phenomena are comprehended, as interactive parts of a system, which may be observed wherever the system exists, and predicted given certain defined conditions.


To understand social experience in socialist terms is to notice that all humans have certain requirements for food, shelter or safety, and that the varied ways in which they meet such needs produce different systems of relationships among them. This is often a difficult theory for many, especially for those used to comprehending social phenomena the way they were taught history in school, or the way events are reported in the media – in terms of distinct leaders, competing economic theories or degrees of corruption.


When material needs were met by ownership of people by other people (slavery), it followed necessarily that laws were required to protect that ownership, and that the fruits of the labour of slaves would be enjoyed by their owners. It also follows from this that with control of many slaves came accumulations of wealth that led some to live in abundance in palaces and others to be coerced to build and maintain these palaces at threat of death. Customs evolved in slave or feudal systems that led most humans to accept the legitimacy of this very unequal distribution of wealth and power. The experience of being dispossessed also inevitably led the majority to feelings of resentment, anger, helplessness, apathy, devotion, revolution, or ambivalent combinations of these at the same time or throughout the course of their lives.


To say that we all live in a system, the present one being capitalist, is in a sense to deconstruct the customs that we were all brought up to accept as normal, and by attempting to understand them, to open up the possibility that we may reject them. To comprehend all social appearances in terms of a system is also to remove the temptation to support another initially promising leader who everyone will hate a few years later, and to blame our problems on one who was found to be lacking intellectually, or morally, or found to be emphasising inadequate economic priorities.


When socialists seek to blame the capitalist system, they are promoting an important hypothesis that all social problems derive from the fact that a few individuals or states own the means of producing the things we require to live, which implies that the majority of us do not. It is, in the socialist’s mind, this fact of ownership that leads to war, to world poverty and hunger, to excessive stress, to murderous wastes of planetary resources and animal habitation destruction, or to our feelings of alienation that are often accorded psychiatric diagnoses.


It would be wrong to play down the scope that socialism offers for the solution of our problems. Enormous resources will be freed up when we get rid of the waste inherent in capitalism. But the new society will face urgent tasks that will also be daunting in their enormity. It is hard to judge which enormity is likely to be the greater. Socialists do not assume that socialism will solve all problems at once, and prefer to think about socialism – and especially about its crucial early stages – in a practical and realistic spirit. 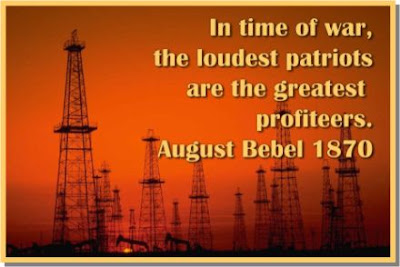