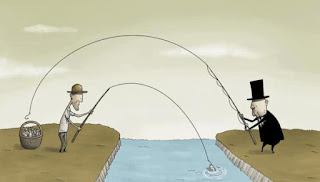 Despite living in one of the wealthiest countries in the world almost eight million Britons are living in households which struggle to put food on the table. A study found up to five million of us regularly go without eating for a whole day because they can’t afford to buy food, with some households in the country having just £3 a day to spend on food for the family.


The UK spends tens of billions of pounds combating terrorism the UK is in the midst of a domestic catastrophe. Over the last four winters, according to the latest official figures, nearly 120,000 people in England and Wales have died because, in many cases, they can’t afford to put the heating on – that’s one older person every seven minutes during the winter. Conversely, there were as many deaths caused by bees than terrorism, and yet we still find it of vital importance to pay 10,000 armed military personnel to be on standby at any given time while volunteers man food banks across the country.


After two terms of crippling austerity cuts, dismantling of the welfare state and a referendum that was used as bait to secure a second term the Tories made the first by-election gain by a governing party since 1982 at Copeland. The Conservatives lead has risen to sixteen per cent, with the Tories above Labour in every social group, including working class voters. That’s the same working class voters who have less than £10 a month left over once they have paid their essential bills. The same voters who have experienced soaring levels of in-work poverty, who are being besmirched for taking government support while wealthy corporates evade tax and high net-worth individuals get the red carpet laid out for them as they hide their wealth overseas. It’s the same demographic who have watched the NHS get sold off to private firms for corporate gain. As inequality soars, the Tories triumph.

Wake up, workers, wake up. Is it acceptable for 4.7 million people to regularly go a day without eating? Why are people dying each year because of fuel poverty? The capitalist class are masters of pulling the wool over our eyes. The ruling class engage in political trickery and we fall for it.