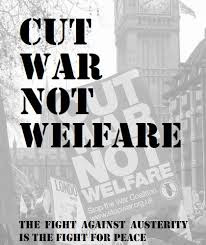 An unprecedented rise in mortality in England and Wales, where 30,000 excess deaths occurred in 2015, is likely to be linked to cuts to the NHS and social care, according to research. The researchers from the London School of Hygiene & Tropical Medicine, Oxford University and Blackburn with Darwen council, who say the increase in mortality took place against a backdrop of “severe cuts” to the NHS and social care, compromising their performance. They ruled out other possible causes of the increase, including cold weather, flu and the relatively low effectiveness of the flu vaccine that year.

The rise in deaths from 2014 to 529,655 in 2015 was the biggest in percentage terms in almost 50 years and the mortality rate was the highest since 2008. The excess deaths were largely among older people who are most dependent on health and social care, the authors said.


The researchers observed that the increase in mortality came as waiting times rose in A&E departments – despite unexceptional attendances – for admissions, diagnostic tests and also consultant-led care. Ambulance response times also increased as did operations cancelled for non-clinical reasons. Staff absence rates rose and more posts remained empty as staff had not been appointed.
The authors said health service austerity had been exacerbated by £16.7bn of cuts to the welfare budget and a 17% decrease in spending for older people since 2009, while the number of people aged 85 and over had risen almost 9%.
The research further warned that the “spike” was showing signs of becoming an established pattern, with provisional official weekly mortality data from 2016 showing deaths from October onwards increasing by 7% compared with the five-year average.